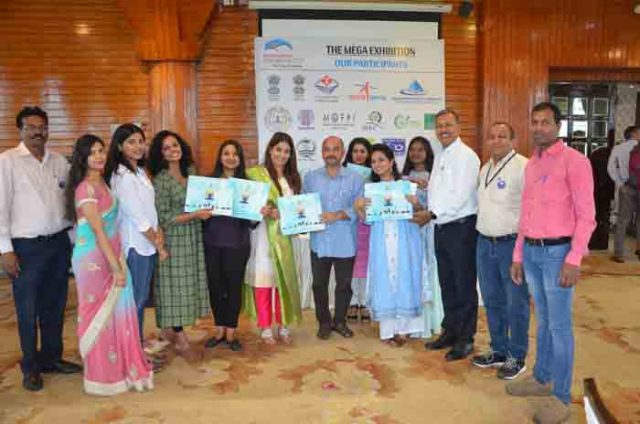 DEHRADUN, 20 Jul: A three-day mega science exhibition concluded with a prize distribution ceremony today. Several schools who participated in the project competition were felicitated among several stalls who participated in the exhibition. Acting Director and Chief Scientist CSIR-IIP Dr Amar Kumar Jain was the chief guest on the occasion. The third prize was won by Achal from St Kabeer for rain water harvesting project. The second position was jointly bagged by Tula’s International School and St Kabeer for Battle Tank and Ujjwal Bharat respectively. Tula’s International School students won the first position for presenting the Alpha Spy robot. A session on Social Media and science – A great Divide: Myth or Reality was also held. Dr Rajnesh Garg, Saneesh Gupta and G Jayamurugan were the key speakers on the occasion. Dr Jitender Kumar was the moderator on the occasion. Students who were awarded from different schools were Prashant ,Prateek, Yogesh and Ayush. From ITI, Pankaj, Mohan, Ankit and Aman were felicitated. Parmeshwar Tayal and Harshit Kashyap from Tula’s International School were presented with an award while from Bhagirathi School students who were felicitated were Lavishm, Prathna, Kajal, Saniya, Atul, Mohit and Ajay. Various stalls which were felicitated include EPI, Airport Authority, Power Grid, Ayush, CWC and NCERT.