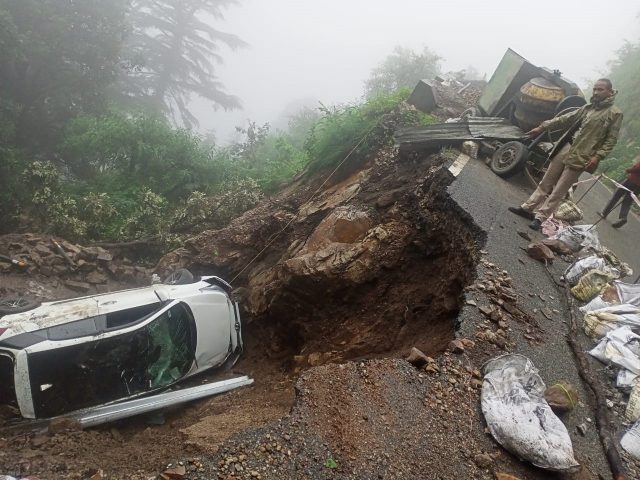 By Our Staff Reporter
Mussoorie, 27 Jul: A car plunged off the road, injuring three people, near the Mussoorie Tehri Bypass at Suwakholi. They were transported to Dehradun via 108 ambulances. The car, I-20 DL-SCC-6288, crashed into a ditch near Suwakholi in which three people were injured.
Local resident Devendra Aswal said that the tourists who came from Delhi to Dhanaulti were returning home. Suddenly a part of the road collapsed near Suwakholi and the car fell into a ditch in which the passengers Sushil, Rameshwar and Anurag were injured. He said that the accident took place due to the collapse of the buttress under the road due to rain. He has demanded that action should be taken to identify and repair these roads so that accidents can be prevented from happening.

Garhwal Post has established itself as a credible, balanced and forward looking newspaper in India. Based in Uttarakhand, the daily is read by the aware, socially and culturally responsible, high-income elite of society.
Contact us: info@garhwalpost.in
https://garhwalpost.in/dating-abroad-app/ free online dating site