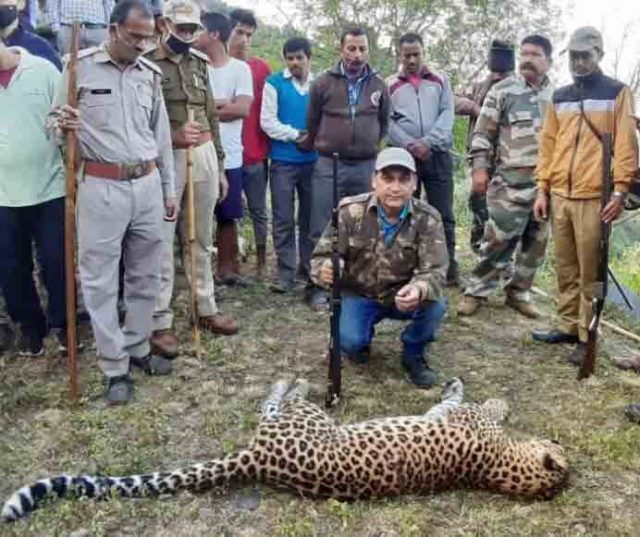 Dehradun, 14 Oct: Since 11 October, a leopard had created terror in a couple of villages of Narendra Nagar Tehsil. It had snatched a 5 year old girl from her mother and killed her in village Saldogi on 11 October. Then, again, on 13 October, 2 kilometres from the previous village, it killed a 7 year old boy in village Kasmoli.
At the request of the Forest Department, hunter Joy Hukil reached the spot and, after tracking the male maneater, killed him on Tuesday night.
According to Hukil, the killed leopard had a canine tooth missing. Social activist Udit Ghildyal adds that this could be one of the reasons for this leopard becoming a maneater. He said the number of leopards has increased (no data available) and there is a scarcity of food in the jungles, so they go for easy prey such as domestic animals and humans. He wants the government to get a census of leopards done at the earliest. One of the main reasons for migration is leopards turning into maneaters.