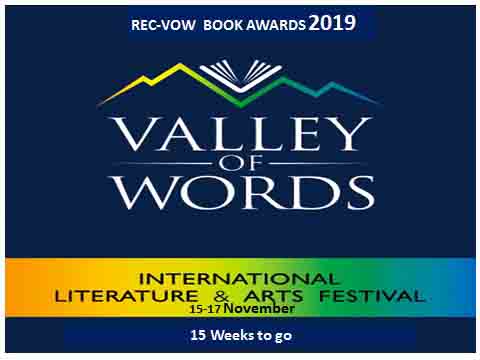 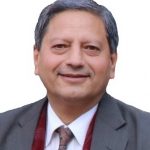 Dehradun, 28 Jul: The preparations for the Third Edition of VoW are now well on their way and, as in the previous years, the jury has had a really tough time short listing the books for the REC VoW Awards in the seven categories, (up from five last year on account of the inclusion of translations to Hindi and English). The number of publishers and books participating in the Awards is also increasing, and there was pressure from several quarters to accept nominations beyond the deadline of 31 March. No exceptions were, (or could possibly be made), for the website (www.valleyofwords.org) was putting up the received books on the net on an almost real time basis. And so at the appointed hour we had 222 books from 28 publishers, and we had to refuse many a good book which should have been considered for the Award. Some of these, including ‘Jehangir: An intimate portrait of a Great Mughal’ by Parvati Sharma have been included in the book launch sessions, but here is hoping that next year the publishers will adhere to the timelines.
As this is the first in the series of fifteen weekly articles on VoW, I will devote this to the distinguished members of the jury – all of whom have travelled and lectured across the continents, but like your columnist and curator have decided to drop anchor in Dehradun. The jury is headed by Professor Satish C Aikant, formerly Professor and Chair at the HNBG Central University, Fellow of the Indian Institute of Advanced Studies, Shimla and a Visiting Professor at Ecole des Hautes Etudes en Sciences Sociales, Paris. A critic and translator par excellence, his writings on post-colonial literatures, literary theory and contemporary culture have appeared in a wide range of academic and literary journals, besides of course in the columns of Garhwal Post. A recent article by him on Ten Learnings from the Life of Mahatma published in GP last month was circulated by yours truly to the faculty members and officer trainees at the Academy. He was also the editor of Summerhill: The IIAS Review from 2008 to 2013. One could go on and on about him, but as there’s an upper word limit to this column. I will leave it at this – but he, as well as the other jurors, will also be writing about the structuring of the sessions and some of the short-listed books under this column in the subsequent weeks.
The second juror for VoW is Dr Divya Saxena, Professor and Dean of Humanities at IMS Unison University, Dehradun. She has a PhD in British Modernism, Aesthetics and DH Lawrence from The George Washington University. She has taught, both, at her Alma Mater as well as the Tennessee State University: at both places she received awards and accolades. An intrepid traveler who loves reading and enjoys conversations, she has read her assigned books, cover to cover, and often developed a red eye – for which she does not blame VoW! Along with her scholarship and commitment, she also brings wit, humor and delicious savories for the jurors!
Last, but not the least, Dr Jaiwanti Dimri is a bilingual writer, critic, translator and former professor of English at HPU, Shimla, as well as a Fellow of the IIAS. A recipient on the Arya Smriti Samman in 2002 in the genre of Hindi short story, her writings have been published in national journals, magazines, anthologies and translated into English, Telugu and Marathi. Apart from several universities in the country, she has taught in academia in Bhutan, Nigeria and the USA. Her Bhutan sojourn saw the publication of ‘The Drukpa Mystique: Bhutan in the 21st Century’. The fact that her area of specialisation includes Translation Studies has been of great help to us in the critical evaluation of the texts submitted to us in the Translation categories.
After several rounds of hectic discussions and parleys, the jury submitted its recommendations to Valley of Words in the last week of June, and it was released on the website as per the schedule in the night of 30 June.
And last but not the least, we also have Young Adult Fiction. The stories in this category are The Other: Stories of Difference by Paro Anand, Ashtamahishi: The Eight Wives of Krishna by Radha Viswanath, Year of the Weeds by Siddhartha Sarma, Adventures of Bozo and Chick: Terror at Bedlam House by Ranjit Lal and Tales from the History of Mathematics by Archana Sarat.
A short interview of the jurors with the Secretariat members and volunteers of Vow is available at the link https://valleyofwords.org/jury-members/

Garhwal Post has established itself as a credible, balanced and forward looking newspaper in India. Based in Uttarakhand, the daily is read by the aware, socially and culturally responsible, high-income elite of society.
Contact us: info@garhwalpost.in
date you indianapolis casual dating top five dating apps