Haridwar, 21 Aug: Prime Minister Narendra Modi inaugurated the BHEL-installed 4×180 MW Mangdechhu Hydroelectric Project at Thimpu, Bhutan, in the presence of the Prime Minister of Bhutan, Dr Lotay Tshering on 18 August.
Notably, with the commissioning of the last 180 MW unit, BHEL has achieved yet another milestone overseas by successfully commissioning the 4×180 MW Mangdechhu Hydroelectric Project in Bhutan. With this, BHEL has demonstrated its high quality engineering and project management skills and a firm commitment to undertake challenging jobs as part of its responsibility towards relation building with neighbouring countries. The Mangdechhu Hydroelectric Project Authority (MHPA) officials have appreciated the efforts put in by BHEL for effective and efficient completion of the project.
BHEL has executed the electro-mechanical package for the project which includes design, manufacture, supply, transportation, storage, erection, testing & commissioning of generating units and associated auxiliaries including Pelton Turbines, Generators, Governors, MIV, etc. along with Balance of Plant items i.e. Bus Duct, DC System, EOT Cranes etc. The equipment has been supplied from BHEL’s manufacturing units at Bhopal, Bengaluru, Rudrapur, Hyderabad, Jhansi and Mumbai, while erection and commissioning on site was carried out by the company’s Power Sector – Eastern Region, Kolkata.
The run-of-the-river hydroelectric plant constructed on Mangdechhu River in Bhutan has a gross head of 692 metres, with four numbers Pelton Turbines generating 720 MW from the project. The project has been executed under difficult terrain conditions with limited road connectivity as well as frequent disruptions during monsoons.
BHEL has accomplished major milestones with the successful execution of the project. This Pelton turbine is the highest rating vertical turbine, designed, manufactured and supplied by BHEL outside India. The state-of-the-art Valmet DNA-based plant controls have also been deployed by BHEL for the first time for a Hydro Power project outside India.
BHEL has already executed major projects like Chhukha, Kurichu and Tala in Bhutan till date and with commissioning of the 4×180 MW Mangdechhu project, its total contribution has gone upto 90% of the installed capacity in Bhutan. BHEL is presently executing export orders for 6×200 MW Punatsangchhu-I and 6X170 MW Punatsangchhu-II hydro power projects, which once commissioned, would take its share to 93% of the total power generation capacity of Bhutan. 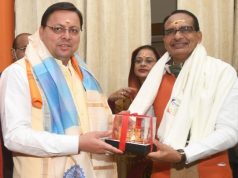 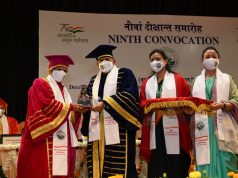 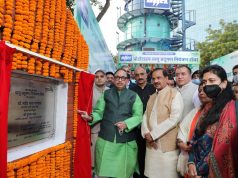