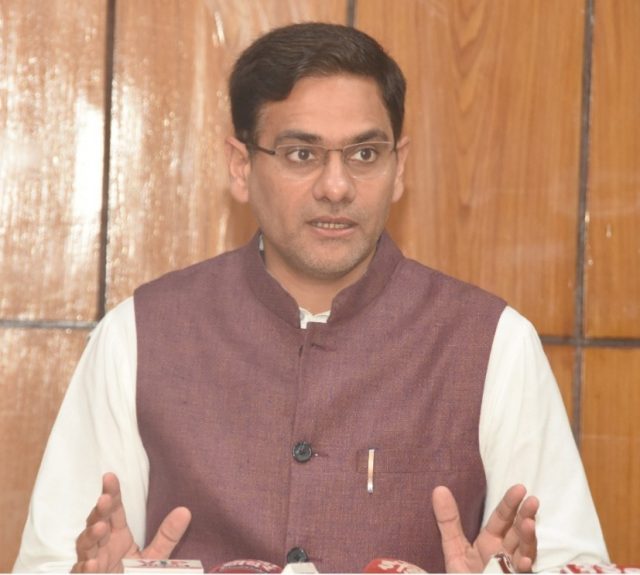 Dehradun, 22 Sep: State Animal Husbandry Minister Saurabh Bahuguna held a review meeting with officers of the department in his chamber located in the Vidhan Sabha building here, today, on the Lumpy Virus affecting in the cattle in the state.

The Minister stated at the meeting that, so far, a total of 20,505 cases of Lumpy Virus have been registered in Uttarakhand, out of which 8,028 animals have completely recovered while 341 animals have died. He noted that the rate of recovery from lumpy disease is 40 percent while the mortality rate is 1.6 percent.

Bahuguna further stated that nodal officers had been appointed by the government for the monitoring of lumpy disease in the state and to oversee vaccination. He said that the state had 6 lakh vaccines available currently of which 5.80 lakh vaccines had already been distributed in districts of the state. In addition, 4 lakh vaccines have been further ordered by the state government.

He also urged the cattle rearers and dairy owners to get all their cattle insured so that they do not have to suffer huge financial losses in the event of loss of any livestock. He also released a toll free number, 18001208862, from where relevant information regarding lumpy virus could be obtained.

The Minister said that the Central Government has provided timely assistance related to vaccination and funding to prevent lumpy disease, for which he expressed gratitude towards the Centre.

Garhwal Post has established itself as a credible, balanced and forward looking newspaper in India. Based in Uttarakhand, the daily is read by the aware, socially and culturally responsible, high-income elite of society.
Contact us: info@garhwalpost.in
local black singles expat meetup barcelona