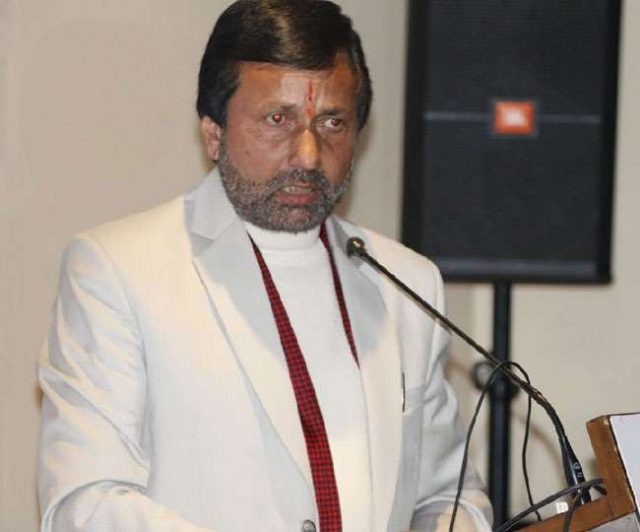 Dehradun,5 Jun: Finance minister Prakash Pant, undergoing treatment of lung infection in a US hospital for the past few days, passed away this morning. Prime Minister Narendra Modi, Governor Baby Rani Maurya, Chief Minister Trivendra Singh Rawat and BJP State President Ajay Bhatt have expressed grief at his death. Three days of state mourning has been declared in Uttarakhand and tomorrow will be a public holiday as a mark of respect to Pant. Easily one of the most likeable among the politicians of Uttarakhand, Pant was accessible to all and was liked even by his political opponents. Pant had been undergoing treatment for a lung infection for some months now. He had been unable to campaign for the party during the recent general elections due to ill health. In fact, he was so ill he was unable to discharge his responsibilities for the past two months. He went to US for treatment during the last week of May. The departments in his charge had been taken over by the CM till his return from US. But destiny had planned otherwise. It may be recalled that the otherwise quite active Pant had almost fainted and fallen over the mike while reading his budget speech in the state assembly in the month of February. After a few moments, he had regained consciousness and tried to continue reading the budget speech but was unable to do so and the budget speech had to be read out by the CM. After this, while addressing the media, Pant sought to dismiss this incident as a minor problem and for some weeks continued to discharge his responsibilities in a normal manner. However, the problem worsened and he was admitted to a private hospital in New Delhi. His family had then claimed that he had pneumonia but later it was diagnosed as cancer and he was unable to attend phone calls and campaign during the recent general elections. After a historic win in the state assembly elections in 2017, Prakash Pant was a front runner in the race to be the chief minister of Uttarakhand. Pant was not only known as a decent, easily accessible and helpful person, he also had a sharp mind and unique capacity to grasp technicalities of the departments in his charge. Though qualified to be a pharmacist, he had developed a good grasp over financial matters and issues including the GST. He also had in depth knowledge of parliamentary affairs. Born in Pilibhit district of UP on 11 November 1960 to Mohan Chand Pant and Kamla Pant, he was a qualified pharmacist and had served in the government as a pharmacist. He was linked with RSS and resigned from government service to join the BJP in 1984. He was later elected as MLC in the state legislative council of undivided UP. After the formation of Uttarakhand in November 2000, he was appointed as Speaker of the state assembly. Later, he was elected to the first state assembly elections in 2002 and remained very active as an opposition leader from 2002 to 2007. He was re-elected as MLA from Pithoragarh and went on to hold charge of Parliamentary Affairs. He lost the 2012 state assembly elections but was asked to fight against the then CM, Vijay Bahuguna, who was in Congress then. He lost again. However, when several political observers started writing his political obituary, he won again from Pithoragarh in 2017 and became a front runner for the post of CM. He was given charge of Finance, Parliamentary Affairs, Drinking Water and Excise. He was a great asset to the CM. Prime Minister Narendra Modi condoled his death and in a tweet observed that he was anguished by the passing away of Prakash Pant. Modi praised his organisational skills and said that they helped strengthen the BJP, while his administrative skills contributed to Uttarakhand’s progress.