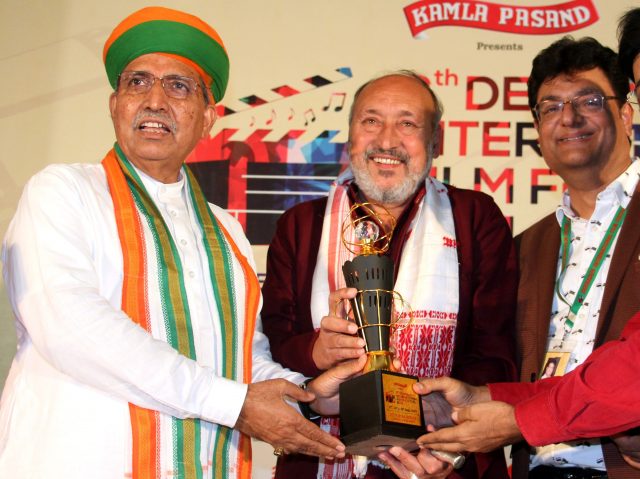 Dehradun, 23 Sep: The 6th edition of the Dehradun International Film Festival was held, here, on 17-19 September.
This festival’s purpose is to showcase nationally and internationally acclaimed and award-winning films to the audience of Uttarakhand, and create awareness on excellent cinema that is usually not available in the small towns. Along with the screening, discussions of the film fraternity with the local audience are also important aspects of this cinematic event. The not only bring the local talent and regional filmmakers and producers closer to Hindi film industry in Mumbai but also it will create a platform to meet the filmmakers from pan India. 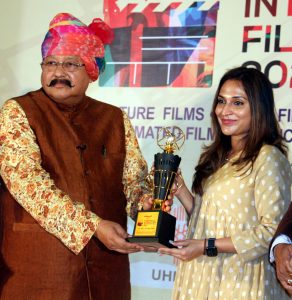 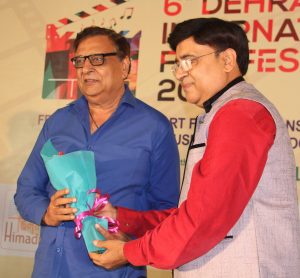 The festival opened with the Vinay Pathak starrer Chintu ka Birthday. The film is based on the incidents faced by an Indian family in Iraq during the fall of the Saddam Husain regime.
6th DIFF also showcased a Retrospective of veteran actress Mita Vashisht – Siddheshwari, Drohkaal, Khayalgatha, TV series Kirdaar and her documentary on Kashmiri poet Lal Ded – She, of the four names.
The 6th DIFF honoured the veteran actor Victor Banerjee with the Lifetime Achievement Award. He has acted in films made by veteran Hollywood filmmakers Roman Polanski, James Ivory, Sir David Lean, Jerry London, Ronald Neame, and Indian masters like Satyajit Ray, Mrinal Sen, Shyam Benegal, Ram Gopal Varma, and Bangladeshi filmmaker Montazur Rahman Akbar. He won the National Film Award for Best Supporting Actor for the film Ghare Baire. He has acted in Bengali, Hindi and Assamese films besides the English films of Hollywood. The 6th DIFF screened the Victor Banerjee and Subrat Dutta film Josef – Born in the Grace as the Closing Film of the festival. 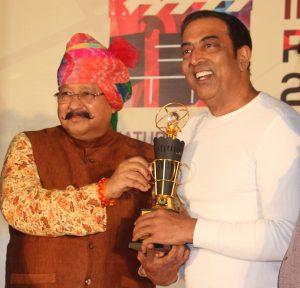 Victor Banerjee said, “Many film festivals wanted to honour me with the Lifetime Achievement Award, but I happily accepted the Lifetime Achievement Award in Dehradun because Mussoorie has been my home for 20 years. The film is entirely based and completely shot in Uttarakhand.” Union Minister Arjun Ram Meghwal presented the award to the veteran actor at the Closing Ceremony.
Santanu Ganguly, Festival Curator and Artistic Director of DIFF, said, “Honouring a person like Victor Banerjee is like Ganga pujan with Ganga Jal.”
Noted actor Subrat Dutta bagged the Best Actor Award at the 6th DIFF for his intense portrayal of the character of Josef in the film Josef – Born in the Grace. State Tourism Minister Satpal Maharaj presented the trophy to Subrat Dutta. Subrat Dutta, a National School of Drama Graduate, has acted in Hindi films like films like Talaash, Tango Charlie, Zameen, The Shaukeens, Rakhcharitra, Bhootnath Returns and Bengali films Chaturanga, Bibar and Jor. Santanu Ganguly said, “The film festivals should focus on good content and not just glamour. Artists like Mita Vashisht, Vinay Pathak, Akhilendra Mishra and Subrat Dutta should be the stars of film festivals not the popular actors of Hindi films.”
Homage was paid to legendary actor Soumitra Chatterjee, who passed away last year, with his just finished, unreleased Bengali film Jibon Khatar Proti Patay, directed by Dipak Sanyal.
Noted actors Mita Vashisht, Vinay Pathak, Akhilendra Mishra, Vindu Dara Singh, Aisharya Rajnikant, veteran Hindi film producer and director KC Bokadia, former FTII Chairperson Gajendra Chauhan, internationally acclaimed filmmaker Susant Misra, Producer Ashok Mahapatra were among the guests at the festival.