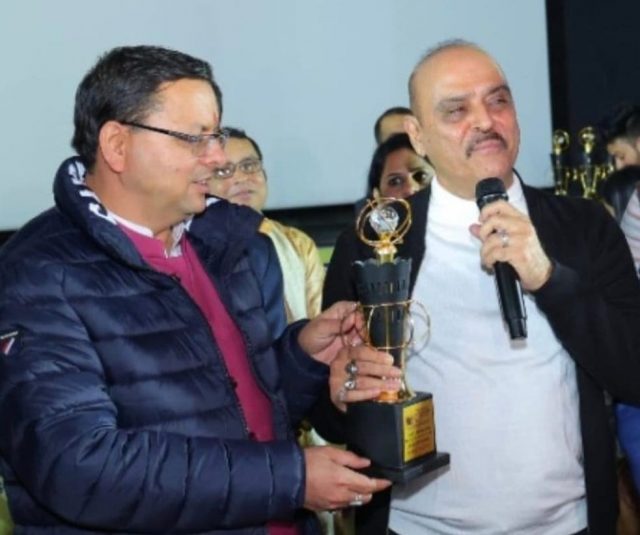 DEHRADUN, 16 Nov: The 7th edition of the Dehradun International Film Festival (DIFF) started with a very positive note on 11 November at the Silver City Multiplex with the Ranveer Singh starrer film ‘83. The film was specially dubbed for the visually impaired audiences. 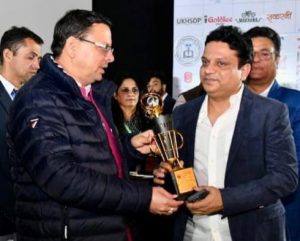 This year’s new attraction was the Uttarakhand Talent Hunt. It was the brain child of the Festival Director, Dr Rajesh Sharma. He said, “I always thought, that to increase the diameter of DIFF, we should include the other aspects of talent besides the cinema made by the local talents of Uttarakhand. So dance and music along with the amalgamation of film would be a confluence of talents at the Dehradun International Film Festival.” 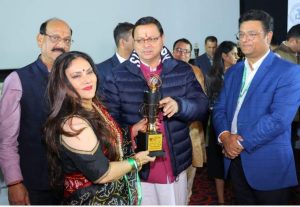 The Aangan Bazaar, which is a regular feature of DIFF, organised by various women self-help groups, was inaugurated by the SP of Dehradun Jail, Pawan Kumar Kothari. 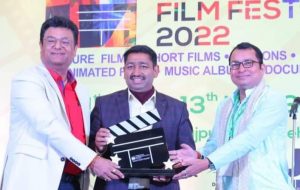 Dhami said, “The new film policy in Uttarakhand will be fruitful for the filmmaker communities from all over the country. The infrastructure, mainly the road connectivity from Delhi to Dehradun will be a matter of 2 hours. So the commuters between Dehradun – Delhi will prefer road instead of flight in the near future.” 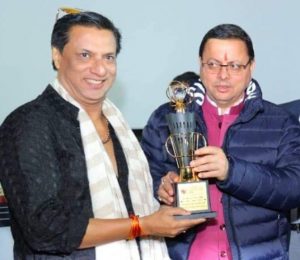 On 12 November, the people of Uttarakhand witnessed a historic moment in the Dehradun International Film Festival at the Tula’s e University, when Sita and Draupadi, the two epic characters from the Ramayana and the Mahabharata, from the different era of Treta yuga and Dwapar yuga, respectively, came together in Kali Yuga. Actress Dipika Chikhlia, who has played the iconic character of Sita in Ramanand Sagar’s epic TV serial the Ramayana, and Roopa Ganguly, who has played the iconic character of Draupadi in BR Chopra’s historic TV serial the Mahabharata, shared their respective film journeys as well as political career, so far. The conversation was moderated by Santanu Ganguly, Festival Curator of the Dehradun International Film Festival. 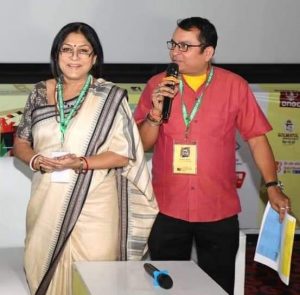 Actor Rohit Bose Roy described his journey, so far, with lots of ups and downs, and his learning from the film industry. Stand-up comedian Aheshan Qureshi boost the energy of the audience with his laughter doses. Young talented actors Pitobash and Vikram Kochar, both, have shared their journey from the film institute to the film industry so far, via theatre. Noted actor – Filmmaker – Producer Karan Razdan, whose latest film Hindutva was screened at DIFF, emphasised the support he has got during the shooting of Hindutva in various parts of Uttarakhand, from the local administration to the local people. Director Razdan and Producer Sachin Choudhary were felicitated for the film Hindutva by Chief Minister Pushkar Singh Dhami. Actor Brijendra Kala revealed that he was born in Uttarakhand, but due to his father’s job, his childhood was spent at Mathura.

This year, DIFF invited many social media influencers to participate and talk about DIFF on the various platforms of social media.

DGP, Uttarakhand, Ashok Kumar was the Chief Guest of the Closing Ceremony of the 7th edition of DIFF, which took place at the Solitaire Hotel. He honoured all the associates of DIFF and the filmmakers who came from across the country. With the promise of another attractive edition, Festival Director Dr Rajesh Sharma congratulated all the participants – filmmakers, talents of Uttarakhand and the social influencers.