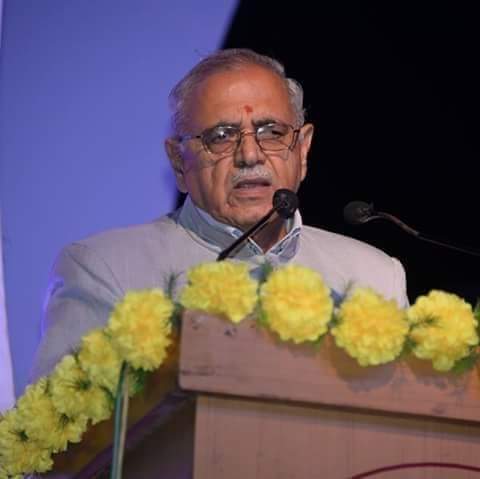 Dehradun, 13 Dec: Veteran BJP leader and eight-time MLA Harbans Kapoor passed away early this morning in his sleep. It is believed that he died due to a heart attack. As soon as the news of his death spread, people from all walks of life including senior politicians, shocked by the sudden news, reached his house to pay tribute. The body was later brought to the BJP Headquarters and kept for some time before it was taken to the Lakhibagh crematorium and consigned to the flames. 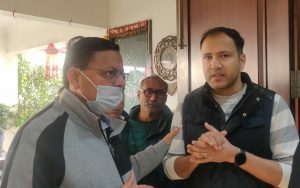 Kapoor was stated to be healthy and was active on all the party forums and other political and social activities despite his advancing age. He also participated in the recently concluded winter session of the State Assembly. Even on Sunday, he participated in various meetings. At night, after having dinner, he went to bed at his Indira Nagar residence. However, he did not wake up, having passed away in his sleep.

He was around 75 years of age. A one-day public holiday has been declared in Doon to mourn his demise.
After receiving information about his death, many senior leaders including Chief Minister Pushkar Singh Dhami reached his residence to pay tribute. A crowd of supporters gathered for the last darshan at his residence in Indira Nagar.
Kapoor represented the Dehradun Cantt assembly constituency. Having lost his first assembly elections in 1985 against Congress leader Hira Singh Bist in undivided Uttar Pradesh, he never lost any other election and was continuously elected MLA eight times. He could have created a new record of winning for the ninth time if he had not passed away. His party, the BJP, appeared almost certain to repeat him as the candidate from Dehradun Cantt. He shares this record of winning eight times with ND Tiwari and Gulab Singh of Chakrata.
He was a hugely popular leader among the local people as he was easily accessible to all and also stood with them in times of trouble. Despite being such a senior politician, he still moved around on a scooter in his constituency to meet people and oversee the progress of development projects. Harbans Kapoor was elected Speaker of the Legislative Assembly for 2007-12 and, before that, he was a minister for a brief time in Uttarakhand at the time of state formation, and even before that in undivided UP. He was also the Urban Development Minister in the undivided UP Government. There are many, however, who feel that he did not get his due in politics as he was ignored this time when BJP won the elections, despite being the senior most MLA in the Assembly.
Politicians have paid heartfelt tributes to him. Governor Gurmit Singh also paid tribute to him. CM Pushkar Singh Dhami also expressed grief over his death. He said that he was saddened by the passing away of his senior colleague and former Speaker of the Assembly and that the soft spoken Kapoor always lived life with simplicity. Dhami reached Kapoor’s residence, consoled his relatives and paid tribute to him. BJP State President Madan Kaushik and Assembly Speaker Premchand Aggarwal extended their condolences on his death.
Harbans Kapoor was very popular due to his accessibility and close relationship with his electorate. All government offices in Dehradun district remained closed on Monday to mourn his death.
Harbans Kapoor will be remembered by the old Doonites as a simple, friendly, combative and relatively non-controversial public representative. Born in the Bannu region of undivided India in 1946, Harbans Kapoor lost the first election from Dehradun Nagar assembly seat to Hira Singh Bist of Congress in 1985, but after that he never saw defeat. He won in 1989, 1991, 1993 and 1996 in undivided UP and in 2002, 2007, 2012 and 2017 in Uttarakhand. In 1991-92, in the Kalyan Singh government of Uttar Pradesh, he was made Minister of State for Rural Development for the first time. Be it the Ram Janmabhoomi movement or the movement related to local public problems, he was always active. Even during the Uttarakhand movement, he remained active on many occasions and even went to jail. Despite being an MLA, he was aware of every small and big problem in his constituency and struggled to resolve them. He could be seen marching on a daily basis to the DM’s office or elsewhere on some issue or the other. He will be missed by his party but even more by the people of his constituency, who may not be able to get another Harbans Kapoor as their MLA.