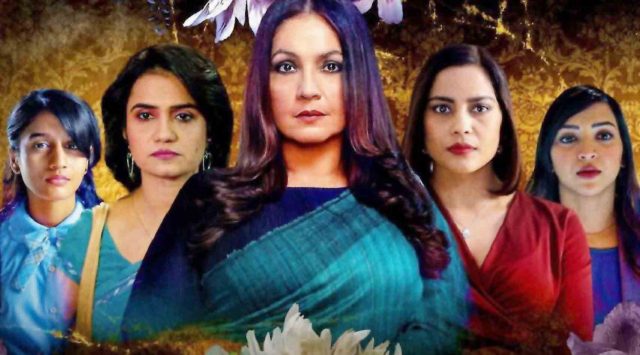 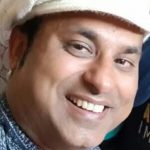 After my first love with “Bandish Bandits – A Saga of Music & Love”, here I am, falling in love once again with all the characters and the theme of this beautifully woven 6-episode series “Bombay
Begums”, that premiered recently on Netflix.

Man, what a treat to the eyes. It’s a whole big yet small world full of everything that one can imagine.

Today is a world of dreams, ambitions, disappointments and success too. A world full of reality, full of practicality, more open-ness in relationships, a world where people can just kiss, cry, hug and make-up.

Women have been getting assaulted at their work places, and knowing fully well this hard fact in their hearts, they have been letting this go on and on, for ages. But probably no more now. The woman of today is much more stronger and confident. She has those guts now to say NO to such acts or behaviours and is even ready to raise her voice irrespective of the outcomes.

Like any man, today even a woman has her own dreams and desires. Today’s woman wants to be
successful and desires of having her own respectable space in the society. She even doesn’t mind sharing her sexuality with her counterparts.

There is a never give-up fight of a mother to see her grown-up step kids, accept her some day. Rani as a highly volatile CEO of a top banking firm is strong and confident in handling situations at her work place, with her husband, her extra-marital affair and even has all the time on the earth to try a
shopping hand to please her step-daughter and see her happy. That’s the real woman of today. It
was a delight watching Pooja Bhatt after so many years in the role of Rani, which gave her ample
opportunity to play herself once again with the same freshness and spark in her eyes that she carried in her younger days. Even in those intimate moments, she could still turn the heat on, oozing the same warmth and sexiness that one could expect from her in her yesteryears. A particular scene where Rani confronts her past with her step-daughter, just moves you. One can see the anguish and pain in the eyes. Well played Pooja!

Then there is this growing young daughter having her own small innocent dream world, all the time
lost, feeling herself as a grown up young woman who can easily woo around a guy, she is infatuated to. Having big bosoms, attaining puberty to be ready for her male counterpart still appears to be a dream of every girl, till she really matures enough to realise that practically this is not the reality. The beautifully depicted, pictorial sketches that the daughter keeps penning, relating herself to her dead mother are just amazing.

The roles played by Sahana Goswami as Fatima, a highly ambitious and typical corporate woman and
Vivek Gomber as her always happy, smiling husband Aditya are so beautifully essayed. A loving couple indeed so desperately wanting to have a child initially, but gradually Fatima drifting away in the Corporate world, to give a rise to her demanding and promising career, while Aditya still anxiously awaiting for their now surrogate child, crying, laughing and even partying for the baby to come, are so heart-touching performances that one keeps asking for more and more.

But, the person who actually stole the show was Ayesha, very well and beautifully played by Plabita
Borthakur. I must say, Ayesha is just outstanding. A middle-class girl struggling to make all her ends
meet and make a place for herself in the big ugly corporate world, trying to find a home for herself,
that’s a real fighter woman of today. Playing a bisexual, fighting tooth and nail for her job , falling
to the moments as they come across, Ayesha is just brilliant. And her eyes, Wow! I am already in love with this cute, innocent lovely lady. Her eyes actually speak volumes and are so loving that they simply leave you spellbound.

Laxmi Gondhali, played by Amruta Subhash, also needs to be watched. As a prostitute she comes with a complete and full-on support of Ayesha. Her expressions are so alive and so pure that one could have not asked for anything else. A complete justice to the character of Laxmi, as in certain frames she turns into a wounded tigress who could go to any lengths not to let herself fail, while in the other frame, she is a loving, doting and simply a mother who just dreams of seeing her son happy and respectful in the society. Ayesha and Laxmi are a treat to watch as their mere presence sets the screen burning with desires, love, passions full of hard struggles and finally their success.

Well, honestly putting it, each and every character has been very well written as well as well played by the cast. The complete team deserves a big round of applause.

(The writer is Administrator at The Asian School, Dehradun. He evinces keen passion for Acting, Singing and Writing).