The Prime Minister’s talk to the nation, telecast on the 19th of March, struck the right note. It was pragmatic and reassuring: Covid-19 is here, it’s dangerous, but if the carriers of the viruses are kept at arm’s length from you then the predators can’t leap the gap on their own.

However, these invisible terrorists can survive on surfaces for varying periods. Those areas have to be sanitised regularly.

Mankind has faced many such viral attacks which were referred to as Plagues. In Biblical times, Egyptian babies were slaughtered by a plague. Rats carried a plague to London wiping out 25% of that town’s population in the 17th century. But those plagues were confined to geographical boundaries: Covid-19 is not. Borne on the wings of international travel and tourism, it is a global scourge with a crippling impact on tourism-dependent nations like the Maldives and Sri Lanka. Our Uttarakhand has also been shaken.

Because of the threat of Covid-19, we found the GP’s glossy, front-page, interview with our soft-spoken CM, Trivendra Singh Rawat, particularly interesting. Significantly, it appeared in the GP issue of 22 March ’20. The day before, however, the local edition of a national daily had carried a story headlined ‘U’khand govt bans entry of tourists’. There was a back-up piece on the next page screaming ‘Impact of Covid- 19 on U’khand’s tourism sector can be massive’. As Mussoorie residents, with a long experience of evaluating developments in national and international tourism, the headlines disturbed us. Even more inexplicable was the curious fact that our CM had not made any reference to the devastating effect that Covid-19 must have had on our state’s economy. If independent countries like Italy, Spain and even the unflappable UK, have admitted that they’re reeling under the blow of the new virus, why can’t we?

Because if we, like the proverbial ostrich, bury our heads in the sand hoping that the storm will pass, we are being unrealistic. So, to give the benefit of doubt to all concerned, we shall presume that the GP interview was recorded long before the Coronavirus revealed its true, earth-shaking effect!

Even so we’d like to ask our state’s Ministry of Tourism, and its Secretary, if they have ever heard of the Latin saying ‘Virtus et Labor’. It is the motto of St George’s College, Mussoorie, and, presumably, all Manorites will recognise it. The phrase means ‘Do your Duty with Virtue, Diligence and Hard-work’. If the movers and shakers of Tourism in our state had treated Tourism with the regard due to it as the largest and fastest- growing industry in the world, with earnings which have the highest multiplier effect, they would have had a functional Tourism Policy in place. They would, also, have been realistic in its promotion, and not relied on such platitudes as launching one new tourism destination in each of 13 districts. Have they studied the needs of potential tourists? Have they tailored these district products to suit the requirements of likely visitors? As the first Indian travel writers to visit China, and write about its tourism products, may years ago, we know how the People’s Republic courted world tourists with single-minded dedication. They even went as far as allotting Anglo-Saxon names to each of their English-speaking guides “because it is easier for our guests to pronounce such names”! That’s marketing, not take-it-or-leave-it, pavement-vendor- type, selling!

The CM’s Tourism advisers must tell him that Tourism has evolved into a highly sophisticated industry. When travel for leisure started, about two hundred years ago, travel professionals counted heads, the way politicians still do. But tourism has changed. It now counts per-tourist earnings. This is why, though the Mussoorie Ropeway Project may sound attractive to politicians, this would be rejected by Mussoorie’s citizens if it brings hordes of penny-pinching day trippers. They would cripple our already strained resources and degrade our little Mussoorie into a Tourism Slum!

There are many other, creative, ways of answering the Covid-19 challenge. 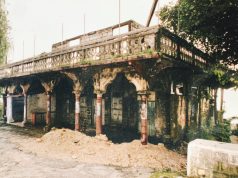 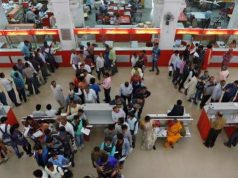 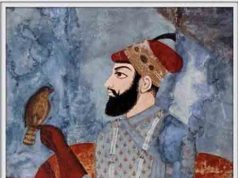