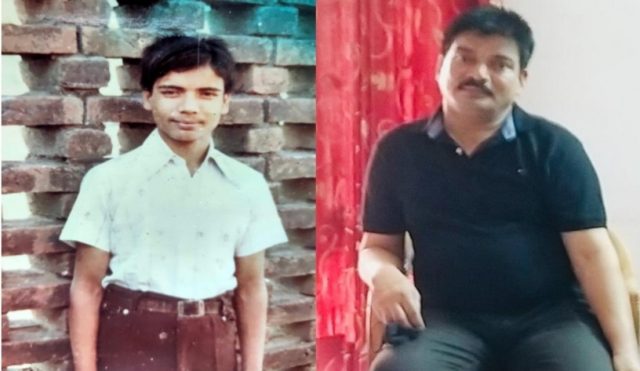 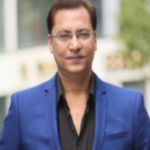 Recently after a long period of four decades, I re-connected with a middle-aged man named Atol Singh Rana. His transformation from a rustic illiterate boy of a small village in Garhwal to a responsible employee and a family man defies any management theory of personal development. His journey should also inspire ambitious boys and girls from remote areas of our Uttarakhand region to venture out of their comfort zone and face the “brave new world”.

The story dates back to the 1970s. Our loving mother took care of her busy husband and four school-going brats for several years. She was perpetually overworked in the kitchen and badly needed help. Finally, our uncle, a Veterinary Doctor in Uttarkashi found a small boy from Dunda Village in the Garhwal hills. That raw and rustic boy was none other than Atol Singh Rana who stayed on to become a family member. Even today, we call him “Chhotu”, the name we gave him.

Atol Singh aka Chhotu was honorably escorted from Dehradun by my brother (now a retired Colonel) to his new world. Overwhelmed by the new city surroundings, he did not utter a word and refused to eat anything. My worried mother gave him a good body wash and changed his dirty clothes to make him look presentable. Our family barber, Baburam, shaved his head, leaving a long lock of hair on top, which was mysteriously chopped off one day when he was sleeping by one of us. The only monosyllables he uttered were in Garhwali language whereas we brothers conversed mainly in Hindi.

Our mother was very particular that Chhotu should be treated like our brother and not a domestic help. He was asked to address us as ‘bhaiya’ and my parents ‘mausa-mausi’. We skinny brothers ate the same food but never gained a single pound of flesh, whereas he grew bigger, stronger and heavier day by day. Slowly, he picked up cooking and other household chores and became a useful part of the family. Whenever he watched TV with us, we enjoyed watching his facial expressions as the scenes changed from action to romance to melodrama.

I remember Chhotu became very conscious of the way he looked and wanted to dress like us. He never went to school but studied at home, observed us and picked up the Hindi language and a lot of worldly knowledge to survive and succeed in his future life.

One day he asked my parents to stop sending money to his father. Before coming to us, he said, his step-mother in the village used to make him work like a dog and beat him up. He hated his father for those bitter memories and requested us to save money for his future. Well, he had grown up, literally.

We also grew up but left home and our parents behind to pursue our dreams. Chhotu clung on to my lonely parents. In our absence, he saved enough to buy himself a bicycle, transistor radio, watch and upgraded his dress style. My father also arranged a temporary job for him to further his income.

One day, my mother told me that an old security guard came home with a marriage proposal. It was for our dear Chhotu who had been dating his daughter. Chhotu agreed to get married to the girl on the condition that nobody from his village, including his father, would get invited for his wedding.

When I had got married, we did not have a car of our own. But his marriage procession had a cavalcade of cars. The couple stayed in our outhouse for a while until his wife persuaded him to live independently. He was like a fifth son to my mother and I am sure she must have wept the day he left home.

Chhotu had tremendous stamina for work. In order to augment his income, after his part-time job in office, he started cooking (which he had learnt from my mother) in neighbouring households. He soon became a much-sought-after cook.

Over a period of time, he added three children, found a permanent job, bought a piece of land and a car. He educated his children in good schools and colleges to make them financially independent. My parents always thought of him as the best example of honesty and loyalty in today’s materialistic world. He was not greedy and never stole a single paisa from our home.

Below are the two pictures of our Chhotu, the small kid (after being groomed by my mother and prepared for a photo shoot) and the middle-aged man (as he looks now).

He visited us after the demise of my mother. He is the same affectionate Chhotu, now in his 50s, trying to look younger in dyed hair and moustache. When I fell sick last year, I requested him to bring me some home-cooked food. He obliged. More than four decades down the line, he has the same affection and respect for me, just like a brother or even more than a real brother.

It is amazing how a simple illiterate village boy from Garhwal ventured out into a totally alien modern city like Chandigarh and transformed his life with the help of a “foster family” through sheer hard work and sincerity. He nurtured an enduring bond with a family that was in no way related to him.

(Alok Joshi has over three decades of management experience in several countries; he is a freelance writer/editor and author of a recently published book “Twelve Sweet and Sour Years in China”).

Garhwal Post has established itself as a credible, balanced and forward looking newspaper in India. Based in Uttarakhand, the daily is read by the aware, socially and culturally responsible, high-income elite of society.
Contact us: info@garhwalpost.in
https://garhwalpost.in/dating-tonight/ free search dating sites friends forever dating site