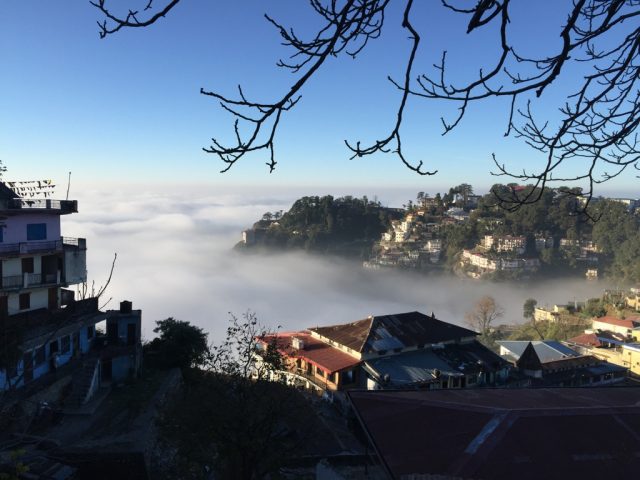 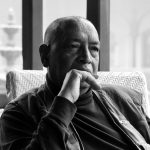 All said and done, it must have been hard. For chasing your dreams on an empty pocket is not easy at the best of times. And for survival during the difficult years between the two Great Wars, father bit the bullet, turned realtor to hustle houses.
Years later, the early 1950s found my uncle – Murli Chacha- huffing and puffing up the short cut past the gate of Lind Cottage through Claireville Estate to get to Big Bend. Someone (obviously trying to straighten the wrinkles in her crumpled Hindustani) yelled: ‘Oye man! Tum es rastey sey kahan jata hai?’ (Where are you going this way?)
‘Shortcut hai!’ replied Chacha dismissively.
‘Naam kya hai?’ (What’s you name?’)
‘Saili … Murli Dhar Saili!’
‘Are you a relative of that Mukand Ram Saili? Isn’t he dead yet?’
‘That’s my elder brother. And he’s doing fine,’ Chacha answered.
On hearing this story, father chuckled. Then he told us how by 1946, everyone could read the writing on the wall – the fragrance of freedom was in the air – our ‘Tryst with Destiny’ was around the corner. Meanwhile, properties to left, right and center were being snapped up for a song; property agents sprouted like toadstools in monsoon and he found himself in the company of these fiddlers on the roof.
‘Seth Chander Sain of Lucknow was on his honeymoon, and staying at Hakman’s Grand Hotel. He wanted to gift his bride a cottage in the hills. Late one afternoon, I shuffled alongside the rickshaw-pullers, winding their way down a kuccha road that wrapped itself around the old Masonic Lodge Dalhousie and goes to Clareville, then owned by a grumpy old Mrs Smythe.
‘It was love at first sight. The bungalow set in a clump of horse chestnut trees, glowed golden in the setting sun.
‘Forty thousand rupees! That’s what she asked for – a price topo steep for the times. But it didn’t seem to bother Sethji. Matters settled, the couple slid back into their rickshaw, promising to be back with the money the following day. I hung around chatting with the owner.
‘What about my commission?’ I asked her.
‘Why commission? What commission?’ she snapped.
‘True! True! Memsaab!’ Sarcastically he nodded. “It’s your house. My apologies for having asked madam!’
Gnashing his teeth, crestfallen after a day wasted, he caught up with the rickshaw lumbering back to the hotel. They chitchatted.
‘Thank you Saili ji for showing us a lovely place,’ he beamed at his bride. Darkness descended, it always does swiftly in winter, especially in the hills.
‘Great place!’ agreed father. ‘But isn’t it a bit far from the bazaar? After a late night this road could be unsafe.’
The newly wed exchanged glances. The bride covered her glittering necklace as wild imaginings of highway robbers hovered around.
‘That put an end to that! There was no going back the next day. They bought Grace Mount instead!’ Triumphantly he exclaimed. ‘Five years later, she sold the place for twelve thousand! Served her right Miss No Commission.’
Now who said something about loose lips sinking ships?
But there are no ships in the hills! At least that’s what Anil Prakash in Sister Bazaar tells me. That is if you exclude leopards on the prowl. Those felines have always been around, gaining a fair measure of infamy when on January 1949, our burial register reports of a Clarence Thomas Wyatt who died aged 33 years. The cause of death? ‘Accidentally mauled by a panther.’ That apart, they snap up the occasional dog too for dinner.
‘There was this timid little fellow from Allahabad who bought himself a bungalow on the very edge of the forest,’ Anil tells me. ‘Casually I happened to mention that they should be careful of leopards lurking around.’
‘Ah! Nothing to that,’ said he. ‘We shall put a tall chain-link fence to keep them out.’
‘And what will you do when you step out of your gate to go for a walk?’ I asked him. ‘Build a cage around yourself?’
‘That scared him witless!’ tittered Anil. ”Last I heard was he had put the place up for sale!
‘Call him if you hear of someone looking for a home!’

Garhwal Post has established itself as a credible, balanced and forward looking newspaper in India. Based in Uttarakhand, the daily is read by the aware, socially and culturally responsible, high-income elite of society.
Contact us: info@garhwalpost.in
https://garhwalpost.in/hinge-relationship/ widow dating site backpages hookups