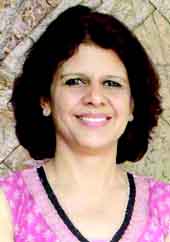 Whenever a story ponders over an event or character picked up from a bygone era, the paramount importance should be given to reproduce the quintessence of that time. Romeo Akbar Walter is a spy thriller, a story of an undercover agent with the three names as mentioned in the title, three identities and three different looks. A mere makeover to transport one to a crucial event in 1970s with unappealing hair-do, that the protagonist flaunts while wearing long-collared shirts and loose pants, is not all that is needed to make a film praiseworthy. The use of the old time phone instruments with a dialler, vintage cars, the quintessential spy attitude and the year appropriate buses, all this doesn’t suffice to be closer to a thriller genre. For a spy film from the 70s (catering to the contemporary viewers),when technology had not developed enough to awe the audience with the use of unbelievable tools and VFX effect in action, only a gripping story, intriguing plot, enchanting characters, appealing dialogues, clever direction, supportive music, and incessant excitement, could have been enough to stimulate the senses. It is important to mention here that the 60s Bond films are still a fun-filled watch because they have an engaging plot and amusing action. Unfortunately, Romeo Akbar Walter experiences dearth of all the above ingredients and lacks in presenting exciting spy ideas, nowhere assimilating into a captivating thriller. Another reason behind the disappointment is comparison with the wonderful experience provided by Raazi that covered the subject of espionage in past ages brilliantly. In short, Romeo Akbar Walter fails to sizzle. The lukewarm effect is felt right from the beginning. Even patience loses her mind merely half an hour into the film.
John as the main cast is stiff, unbendable in all situations whether it is romance, thrill, action, shock, pain or joy. Camera mainly captures the close-ups of his face and it looks rugged and expressionless. It is surprising to see a person who is a teller in a bank, works as an artist in the evening theatre, changes his disguise at the drop of a hat for the shows, be so bland in his expressions. A monotonous expression in different weather conditions is not something we search for in an intelligence agent. An actor whose USP has always been his macho looks and action, nowhere gets a chance to flex his muscles except for a running chase scene. John drowns our expectations with his stone-face in this zero-action film. The actor who, however, does make a mark is Sikandar Kher as the Pakistani army personnel; the only one who could bring his character alive in this lame script.
Romeo (John Abraham) is picked up by the chief of secret operations, Srikant Rai (Jackie Shroff), who is looking for a man to be stationed in Pakistan to provide regular updates and needful information during the tense-filled atmosphere between India, Pakistan and East Pakistan. He crosses the border with kohled-eyes, short hair-cut and serious looks. As planned, in no time he makes an easy entry as being the right hand to the prominent arms dealer there. The itsy-bitsy awkward moments that arise during his spying prowess are copy-pasted versions from earlier films showing scarcity of novice ideas. He is trained by the chief to handle the problems with savoir faire and instincts. Nevertheless, his training phase invited yawns. All spy films formulas have been exhausted; the use of hidden transmitters, polygraph tests, usual unappealing methods, forceful romance, support systems in the form of beggars and thele-waalas, third degree torture, typical surveillance room, interrogation, cat-n-mouse chase, spies meeting at the bars to share top secrets and discussing future plans amidst the deafening sound of a folk song in a party.
The supporting cast too struggles hard in RAW. Mouni Roy’s role remains insignificant and is meant only to aid John. If any actor next to Sikandar Kher shines bright in the film, it is the veteran artist, Raghubir Yadav. As John’s assistant in Pakistan he does everything without any glitches. It is a pleasure to see Sikandar’s growth as a performer. Alka Amin has developed proficiency in the role of protagonist’s mother and she is inch-perfect. Jackie Shroff plays his part immaculately.
Banality remains RAW’s biggest weakness. It would be a far cry to look for any logic or reason in the clichéd plot. The benign intention to glorify the brave undercover agents is the only thing that is commendable in the film; otherwise, in all respects, it fails to evoke patriotic feelings right from the beginning till the end. Undeniably, for any undercover agent, the cost of disconnecting with the loved ones, the huge risk involved in terms of losing one’s life and dying as an unknown entity, is a price that can never be equated against any monetary value. We all are and will always be indebted to them for their sacrifice and contributions, but for the film we will never excuse Robbie Grewal, the director of RAW, for literally robbing our two hours plus in a fruitless endeavour that neither stirred our core patriotic feelings nor balm our pleasure senses.
I go with two stars. 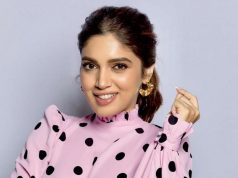 Bhumi: Tried to use social media to spread awareness about climate conservation 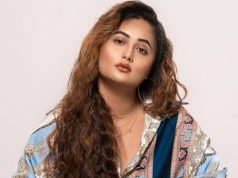 Rashami Desai: I have changed as a person after ‘Bigg Boss’ 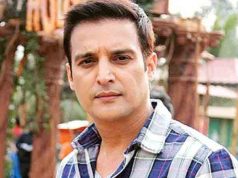 Jimmy Sheirgill: Actors now have another option with OTT