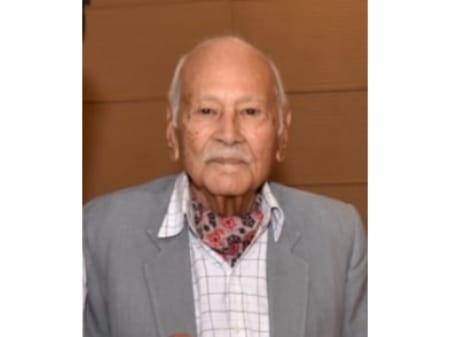 Dehradun, 24 Jan: Brig Bhim Bahadur Singh Karki was a second generation Army Officer. His father Capt Khadak Bahadur Singh Karki was in the Medical Corps and was deployed in Egypt and Mesopotamia during WW1. On return as a Veteran, he joined the Civil Health Services and retired as a Civil Surgeon in the erstwhile United Provinces.
Brig BBS Karki was an alumnus of St Joseph’s Academy (1934 to 1945), Dehradun, and did his graduation from Allahabad University.
He joined the 7th Regular Course, Indian Military Academy, Dehradun, in 1950. He was commissioned in the Corps of Engineers (Madras Engineering Group) and did his Engineering at College of Military Engineering, Pune. Soon, thereafter, in 1954, he was seconded to the Survey of India.
During his service, he was selected for advanced training and sent to France, where he also became fluent in French.
He was a part of the Indo China and Nepal border demarcation talks after the Chinese aggression in 1963. In 1972, he was Interlocutor for India at Wagah on the border talks with Pakistan.
In the rank of Lt Colonel, he commanded the 501 Field Survey Group (second Commanding Officer), in Dehradun.
On promotion to the rank of Colonel, he was appointed Director, Northern Circle, Survey of India, at Dehradun.
As a Brigadier, he was Deputy Director General, Military Survey, at Army HQs, New Delhi, and retired as Deputy Surveyor General, Survey of India, from Dehradun. After retirement, he continued to do social service as President of the Gorkha Samaj for a number of years.
Brig BBS Karki (Bhim, as he was fondly referred to by family and friends), was known for being humble and pleasant, an always smiling personality. His friends often recall the good times when his wife (Prakash) and he sang duets in the 501 Officers Mess. Very fond of music, he played the Violin with accomplishment.
An avid golfer, Bhim was remembered and referred to by his golfing mates as a gentleman golfer.

Garhwal Post has established itself as a credible, balanced and forward looking newspaper in India. Based in Uttarakhand, the daily is read by the aware, socially and culturally responsible, high-income elite of society.
Contact us: info@garhwalpost.in
date night in provo dating daddy part2