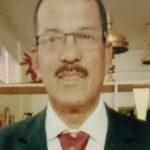 In our integrated Mechanical Engineering Course, there was a text book by Pushpa Balleny, where, in one of the very first pages this sentence was written – Claim not perfection, Perfection is divine.

This line stayed with me since the later half of the 1970s. I have had quite a number of occasions to brood over these words. It is not that I work for perfection or I am even remotely connected with anything of that sort around me here in my state. There is no question of my life to be lived perfectly or even having any semblance of it in whatsoever ways. Neither have I seen anybody working perfectly nor have I heard anybody talking in that line.

People here strive for divinity directly without really going through any process. That is why there has been a mushroom growth of religious activities, all over, of all faiths. I have not seen anybody practicing any religion by trying to do things in perfect ways. I myself also am totally ignorant about what it means to be perfect. I am pretty well convinced that they also have no good idea about it.

Sometime back I had an occasion to again browse through a treatise written by the great philosopher of Assam, Radhanath Phukan, more revered as the Vedanta Vasaspati. I have been carrying this book since I first read it when I was in my ninth standard. The book has a long preface where extensive discussion has been done on Xaankhya Darshan. The concept of ‘Zero’ and ‘infinity’ has been very lucidly explained there. I was very impressed by a lot of things and was almost equally unhappy about a lot of the contents of the book. But in one of the very first pages of that preamble, I was overwhelmed by a saying of the Upanishad – all existence is not living and all living is not life.

Subsequently, the life of a student took over – followed by other activities, living started and life began to fade. This is the reality not only for me but for the huge majority of us. In our efforts to eke out a living, we don’t even realise where life slept away. This has been the story. All of us are neither happy nor unhappy. We try to be happy and work towards it knowing fully or partly but realising little. The path has many factors affecting it. All of those are not in our control and so things do not happen, many a time, the way we want it to be. Everywhere and every time we face this and the material world proves to be the only truth and reality.

And then when we seek life in the midst of these things, we notice miserably that we are somewhere else other than where we ought to have been. Then we either cry or simply laugh at the vagaries of life.

These and many other thoughts were crossing my mind when I was sitting quietly behind an artist who was doing a painting very intensely. He almost was not there. I had gathered that he had been in that for more than a month till then and he was not sure by when he would be able to think that this far and no further – It was done.

He was painting a forest. In my over enthusiasm to see the trees, the forest was not appearing, or, when I saw the forest, the trees did not come into view. He was looking at the forest. He was sitting near it. He was walking by it. He was listening to it. He was touching the trees. He was feeling the green of the leaves. He was experiencing the light on the branches. He was letting the darkness into the shadows.

Yet, the moment I thought that he would apply some parrot green shade on the budding leaves, he would dip his brush in the red pot. When I imagined that he would use some earthen colour on the tree trunks, he would go for a golden hue instead. I was being driven into wilderness by his abnormalities. The more I tried to visualise a perfect forest, the more awkward and ridiculous things he would do.

Suddenly, the person whom I knew for so many years looked very unfamiliar and even almost strange. I came out quietly. He did not notice.

After some days, when we again met at a different place on a different occasion, he told me with a divine smile of satisfaction displayed all over his face that he was very happy that he could complete a forest of his dreams up to his satisfaction.

I asked him – was it perfect?
Prompt came his reply- I will paint two more forests at a stretch. If the mood goes, it will be very difficult to bring it back.

Silence was the only response that I could have offered. He left for his home quickly without showing any intention of extending the talk any further. He looked even stranger this time.

I began to wonder what materials these people are made of! Looking at Leonardo da Vinci in Paris, Michael Angelo in Florence, Salvador Dali in London, Raja Ravi Verma in Mumbai or Neelpaban Barua at Guwahati, I feel mesmerised as to how these great minds could create such unearthly things that radiate celestial and sublime feelings. These people are the symbols of human civilisation. They are the yardsticks. They create when they are not themselves. So, they should be left alone to roam around in their mental world freely – without any strings attached.

Coming back home, I read and heard about some artists and writers joining some political party on that day. I could not help feeling disturbed. However good a political dispensation may be at a particular point of time, but politics is all about power and ruling. Rulers always want to remain in power. The means and consequences are not important for them.

On the other hand, the artistes and writers are supposed to be true to their highest forms of ‘self within’. They cannot be true to themselves if some strings are attached. They should not allow their freedom to be under any constraint or restraint. They are the embodiments of the highest values that humanity can hope to possess. Writers are expected to be honest to their words because thousands and even lakhs read them. They take the written word for granted and even as the truth. Therefore, human dignity demands that they should be responsible to not only humanity but to mother earth as well. We have not inherited this planet from our ancestors but rather we have only borrowed it from our posterity. We have to pass on this earth in a safe and secured manner to them.

Political parties cannot ensure this. So genuine and responsible artists and writers should keep a measured distance from them.

(The writer is a Mechanical Engineer with an MBA as his academic qualification. He is a National Award winning Film maker, an academician, an industrialist, an engineering project designer, a social entrepreneur and a regular columnist. He is based in
Guwahati, Assam).

All for a cuddle!

Garhwal Post has established itself as a credible, balanced and forward looking newspaper in India. Based in Uttarakhand, the daily is read by the aware, socially and culturally responsible, high-income elite of society.
Contact us: info@garhwalpost.in
dating espoo https://garhwalpost.in/veterans-dating-site/