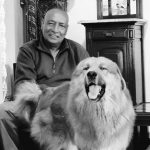 ‘Where do you find all this stuff on Mussoorie?’ wonders Pemba, my classmate of old. We were students together from our days in the local college and have met at the engagement of his bright-eyed, bushy-tailed son.

‘History is always lying around in our backyards!’ I can almost hear myself say. 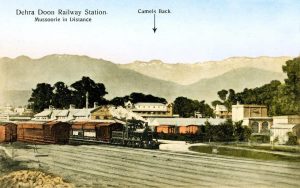 Instead, I bite my tongue. For experience has taught me that digging begins in the forgotten corners of memory. Historians, we are told, can do what God can’t – they can change history. The rattling of old bones is a fine art; of winnowing fact from fiction; of going where few men dare to go; to search through fusty guidebooks, crumbly land settlements and cobweb-lined Municipal Records Rooms. 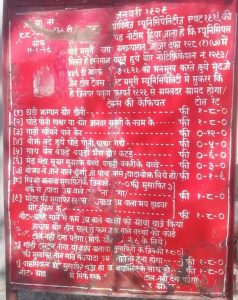 Our earliest book is John Northam’s Guide to Masuri, Landour, Dehra Dun and the Hills North of Dehra, (1884); this is followed by Robert Hawthorn’s The Beacon’s Guide to Mussoorie,(1890) and then came F Bodycot’s Guide to Mussoorie with Notes on Adjacent Districts and Routes into the Interior, (1907). Others, like Major F Cook’s Souvenir and Guide to Mussoorie (1931) are of little use, for they are full of unsolicited advice for prospective visitors to our hills.

After all these years, I remain partial to Charles William’s khichri of The Mussoorie Miscellany (1936). However, I have been unable to figure out why he used the nom de plume of The Rambler? Was it fear of being sued? Or was he just being careful? Perhaps a little bit of both?

Down the years, I have comfortably lived with the gossip of the chatterers that there were plans to bring a railway line to these hills. “Look at the ruins of those tunnels along the bridle-path near Jharipani,’ they whispered. That hot-air balloon deflated as I thumbed through John Mackinnon’s Souvenir and Guide to Mussoorie. It makes it amply clear that the ruins belong to an abandoned Electric Tramway scheme.

Someone had grabbed the bull by the tail and got thrown completely off track.

Consider the fact that all our hill stations reached their development peak sometime in the nineteenth century with the expansion of railway lines which made journeys to cooler climes less arduous, the narrow gauge line reaching Darjeeling in 1881; Ootacamund in 1902; Shimla in 1903 and Matheran in 1907.

For instance, by 1869, you could catch the train at Ambala junction for the thirty-eight-mile journey to Kalka. With over a hundred tunnels, the route to Shimla had been forged by 1903.

When the first train chugged into Kathgodam in 1881, it reduced the road journey to Nainital to a mere twenty-two miles. If you look closer home, the first train came hooting along the Hardwar-Dehradun Railway line in 1900 to make Mussoorie the most accessible hill station in Northern India, say in comparison to Dalhousie, which was a whopping 117 miles away from the nearest railhead.

Not that we were short of wise men. Ours had it all planned out. A line from Dehra Dun Railway Station to Rajpur seemed quite straightforward, with an easy gradient running all the way along Rajpur Road to the base of the foothills. That would have knocked a third off the distance, leaving just the motor-rides along the old road that snakes up the hill to leave the newcomer rattled, if not giddy.

In 1925, Belti Shah Gilani of Gujranwala dreamt up a tramway and floated a company. The government de-notified a part of Rajpur to place it under the Mussoorie Municipal Board and that is why Makkereti vests with it today, nearly a century later.

Money was raised; necessary permissions obtained. But then the bubble burst as auditors discovered that the directors had siphoned off the money for themselves. A few years later, the Company collapsed. ‘Guilty Shah’ went to jail for five years.

Our tramway was dead even before it was born.
As I write, plans are afoot to give us a single wire ropeway – the longest in the world – which will bring you up from Purkul village in Dehradun to deposit you in the Library Bazaar in fifteen minutes flat.
Hopefully that tale will be told some day, perhaps by someone other than me.

(Ganesh Saili born Postcard of Dehradun Railway Station and home-grown in the hills belongs to those select few whose words are illustrated by their own pictures. Author of two dozen books; some translated into twenty languages, his work has found recognition worldwide.) 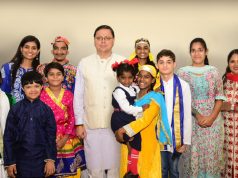 Garhwal Post has established itself as a credible, balanced and forward looking newspaper in India. Based in Uttarakhand, the daily is read by the aware, socially and culturally responsible, high-income elite of society.
Contact us: info@garhwalpost.in
https://garhwalpost.in/dating-sites-in-mississippi/ https://garhwalpost.in/find-a-cougar-online/