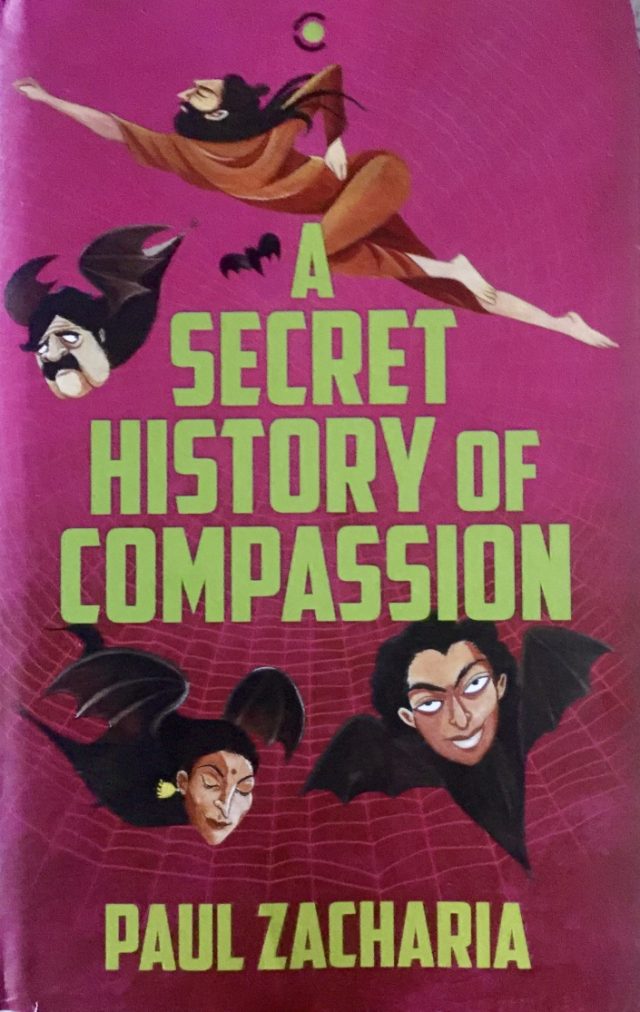 With fifty books and counting in Malayalam, Paul Zacharia needs no introduction. But wait, that is not our story: here comes his first book in English. Welcome to this plunge into metafiction or a space where anything can happen. Though this tossed salad tastes of satire that begins with an essay. Its all for the good of the cause, which in this instance happens to be a souvenir to raise funds for the lesser fortunate comrades who have not been able to line their nests in the good old days. Elsewhere, wafted by the breeze, the scent of sandalwood assaults the senses. In Mysore, it is said once: ‘kings frolicked with their mistresses in sandal paste and made love in sandal- oil baths… …The masala dosa dissolved between your fingers before it could reach your lips. The sambar made you dream like a poet and feel like a prince…. The scent of the sandalwood grew stronger. ’ By now, the fine art of lying has reached its zenith, and you will remember Lord Spider’s quirkiness or revisit the exchanges between him and J.L. Pillai. Forget about skimming through this book, you will find yourself stopping, putting it down, time and again to return to it to savour the wholesome spicy flavours again. But be warned! The brilliance of the prose will slow down the narrative for the casual reader. Let us get back to Lord Spider, famous author of popular fiction, J.L. Pillai, eminent executioner, aspiring writer, shape-shifter and meditative voyeur, and Rosi, Spider’s wife and freelancing philosopher. All of them are about to write an essay (like ‘a poem by committee’) on Compassion for the Communist Party. When Spider meets the scientist, to ask: ‘Are you a self- made Marxist or man-made?’ Confused, the scientist replies: ‘Oh, I think I’m a scientifically constituted Marxist. I’m also the founder- president of the Union of Coconut Researchers for Revolution.’ Into this magical world God appears, as does Stalin (whose real identity is now revealed). And Satan (whose true nature is finally uncovered too). Making a guest appearance in this pre-truth tale about a post-truth literary partnership is Jesus in a later- day incarnation. Other characters who run riot through the plot are Brother Dog, the cynic of the household, Tarzan, a well-known stud bull, and Pretty Man, a snake-father. Even the wicked turn of phrase and unfailing irreverence for the Establishment, are of little help as the pitfalls of freefall narrative confront the reader. Reading the book, I found that the narrative rides rough shod over numerous potholes. How else do you explain ‘The Kalashnikov’ where: ‘The crisis now is that you’ve chosen to expel yourself from the old paradigm without concretizing effective plans for an afterlife.’ Just a page later, there’s the familiar bump again with more than a mouthful: ‘.. I don’t think my ex-husband will give me a paisa more. He explained to me how the ready cash he has offered is just a token of the billions of rupees the rights to his discoveries are going to fetch me.’ With the deftness of a gifted wordsmith, the author makes the transition from Malayalam idiom to the English. After all, its at best, it is no mean task to capture the spirit of the original, without sacrificing the sense. For at day’s end, the two languages have an entirely different ethos. The risk of falling in between looms large. Imagine Spider’s disappointment when he finds that Mary unaware of ‘pure theory needs nurturing, patience, non-violence, and non-action.’ She literally jumps the gun to say: ‘I’ve already obtained a Kalashnikov, from my son in Washington DC, for protection when I am de- married.’ (emphasis mine). This problem is accentuated when Pillai reminds Spider that bats fly better in pitch darkness. So is it with Her Holiness, Mata of the Sunglasses, who once told him ‘that black holes are the peepholes of the greatest brahmacharis. Through them, they see the whole universe in an unclothed condition.’ (Again, the emphasis is mine). Here’s a trip into of a metafictional journey, where the lines blur with the familiar and the exotic to create A Secret History of Compassion. Come! Be your own guest.