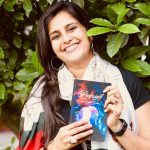 With the influx of smart phones and apps, the display picture is a much talked about phenomenon. I say PHENOMENON because, in its own way, it is an “observable fact” about “an event”.

The picture you display on your communication app – what does it say about you? Have you put it there because you are celebrating a moment? Or is it there to give a message to others? And what happens if the others don’t have a clue that it’s intended for them? Just asking, because I barely have the inclination to scroll down on my app just to see what’s new. If I have something to say, I would call directly or message. Isn’t that easier? Moreover, I’m sure that my message would be conveyed in the manner I’d like it to be done. No ambiguity or heartbreak!

What I have grown to realise is that sanity, peace, happiness can only grow in an ecosystem if there is communication. No matter how frivolous you may think this word is, in my belief it encompasses it all. It’s the feeling you have, when a pair of arms holds you close and you let out a long deep breath and feel all your nerves and muscles relax.

Now that makes for a perfect display picture, or should I say image!

The Japanese invented the emoji purely because texting had no emotion in it. It did make the messaging space more colourful and vibrant, no doubt, but at the same time, it took away a moment of actually saying something… Writing – ‘I heart you’ versus picking up the phone and saying it, is one example.

Communication in any form is good…touch or talk. Do you ink yourself so you can show it off or was it created because it was special to you?

Likewise an image you display… is for you and it says a lot about your state of mind, without saying anything at all. Imagine what an inactive two dimensional flat image can do, to yours!

There was a study done at an Ivy League University which highlighted the display picture used by a group of students over a 6 month period. For the ones that didn’t use any, it showed their need to remain anonymous for reasons, personal or work. These were the ones who actually got things done. For the ones that put up negative jibes and cynical quotes, it showed their emotion-less maturity and for the ones who had themselves or family/ friends spoke about their content state of mind. You can dwell on this as deep as you like but the answer will always remain the same.

One of the fairy tales I reckon most of us grew up with is Snow White. In a way, perhaps the need to announce one’s mind took shape from the infamous line, “Mirror Mirror on the wall, who is the fairest of us all?”

Everything was ok till it was about the Queen but the minute the mirror changed its mind and referred to Snow White, the Queen lost all semblance of sanity and tried to kill her. But what happened? Neither did the courtiers manage to kill her nor did she die inspite of several attempts.

A display picture is just that – a display. So go on and put up something that makes you happy. Like they say of the Universe, it attracts your own state of mind, back to you, so what is it really that you want for yourself? Speak it, shout it, say it, flaunt it…

Communicate directly, through a call or text. A DP isn’t for you – it’s for the ones you have on your phone list. So, what is it that you want to showcase? An angry agitated mind or a content joyful moment? Keep the latter on, until you have another and another for in the end, it is always and always about the littlest things that turn out to be the real biggies.

Random Conversations is all about raising those difficult questions. It’s about being aware of the minutest details that walk along your side daily. It reads of aspects we all know but choose to ignore, knowingly or otherwise. It is there to bring out the child in you, asking the ‘who, how, what, when and where…’

So, today, before you hit the display pic on your phone…l stop a moment and do question the why.

Living the Dream & the Reality