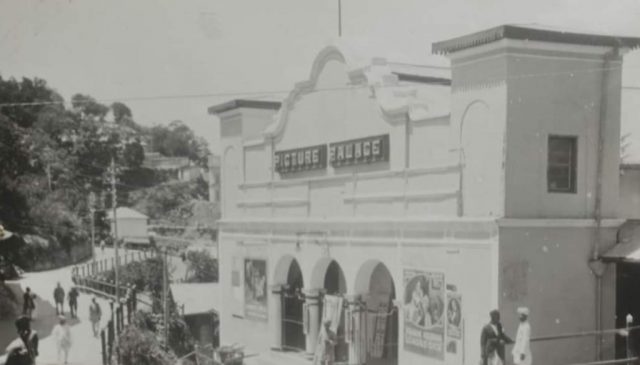 Cinemas remain closed, but that does not mean we cannot think about them. In this phase, I have much time reminiscing about the glory years spent in Mussoorie, much of it dedicated to replicating the range of emotions experienced while watching Hindi movies in dark, dingy and smelly movie theatres.

Growing up in Mussoorie – or Landour, to be specific – we had three single-screen cinema halls to visit: Picture Palace, that iconic landmark at the start of the Mall Road; Rialto, down the other side of Kulri Hill next to Hamer’s; and Vasu, further down in Library Bazaar.

These trips into the bazaar were escapes to a sometimes exotic, sometimes gaudy world full of colour and very loud – sitting in the darkness with strangers, being transported to a different place. Establishing a personal connect with a character. Like Munna from Rangeela and Raj from Dilwale Dulhaniya Le Jaayenge, each film viewed within weeks of the other in Dehradun and then, later, again in Mussoorie.

That sensation of frames flickering from the projector, the rattle of the film reel if you had a seat under the projectionist’s room, the mechanical magic of the whole thing! Being lost in a story, watching flickering lights in dark room with other people!

My earliest memory of a cinema hall is from the mid-1980s. I was probably five or six years old. It was an Amitabh Bachchan movie, and I cannot for the life of me remember which one. My father had arranged for some of Woodstock’s karamcharis to watch a film in the bazaar, and somehow thought that this would be suitable for my mother and I. He had it all wrong, because my mother dragged me out rather quickly into the screening on account of the loudness and violence. I remember that it was raining when the two of us exited Picture Palace, and we proceeded to walk back to our home at the tip of Landour, in the rain.

The only memory I have of whatever movie we were taken to that day is Amitabh Bachchan in a brown leather jacket, grappling with a villain, and that the experience was very loud, and frightening.

A discord of sound and image. This is precisely what going to the pictures is about, isn’t it?

Years later, as a teenager, I stepped back into Picture Palace with a friend, Jai Inder, to watch a B-grade Mithun film called Raavan Raj. It was raining, again. The film was awful, the popcorn not much better, and the seats frayed and scuzzy, but to be able to escape for a couple of hours into the fantasy world of action, drama, romance and music!

That journey to the Mall Road kick-started a series of semi-regular visits to watch Hindi films in the bazaar over the next few years. I can remember watching at Rialto films such as DDLJ, Khamoshi, Khiladiyon Ke Khiladi, Dil Toh Pagal Hai, Krishna, Laadla, Mrityudaata and Bal Brahmachari, the debut film of Raaj Kumar’s son, Puru Raaj Kumar. It was so bad that Jai Inder and I walked out during the interval, cursing.

At Vasu, Karan Arjun and Rangeela, twice. Vasu, I remember, was filthy and decrepit. The popcorn was worse than at Picture Palace. The crowd was also seedier here, and there were murmurs of the theatre showing softcore ‘adult’ films now and then. For our teenage minds, this added to the thrill of escaping our boarding school existence.

In 1996, a day after returning from the USA, a group of us boys went for an evening show of Khiladiyon Ke Khiladi. It was house full and we managed seats two or three rows from the screen, surrounded by bidi-smoking rickshaw-pullers and migrant labourers. When Akshay Kumar defeated The Undertaker, all of us became one as we cheered raucously inside that grimy and fetid cinema hall. I had never heard such applause in a cinema hall.

During a screening of Dil Toh Pagal Hai, I remember an empty Pepsi bottle rolling down the slanting aisle and a friend from Delhi, Pankaj, shouting loudly as it hit the stage below ‘arre bottal toot gayi!’ and the audience erupting in laughter.

Sudden outages of power were not uncommon, and the collective roar of the audience as the theatre plunged into darkness still makes me chuckle.

Picture Palace, Rialto and Vasu – for me, they are all cinema halls with great memories.

Garhwal Post has established itself as a credible, balanced and forward looking newspaper in India. Based in Uttarakhand, the daily is read by the aware, socially and culturally responsible, high-income elite of society.
Contact us: info@garhwalpost.in
https://garhwalpost.in/free-dating-sites-vancouver/ speed dating melbourne over 50 https://garhwalpost.in/meet-guys/