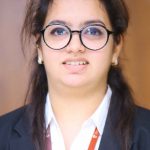 “Success isn’t about how much money you make; it’s about the difference you make in people’s lives” ~ Michelle Obama

Many of our mothers might not have faced the question of whether to go back to work or not after having a child or having to go out to work at all or not. Even now, when people think about the subject whether women should work or not, many people have differing opinions.

According to a report- ‘Empowering girls and Women in India,’ from a consulting firm of Deloitte – the labour force participation of women in India fell from 36.7 percent in 2005 to 26 percent in 2018. India is known as a democratic nation but when it comes to equal participation of men and women in the economy, whether it is the corporate sector, entrepreneurship or political leadership, why are women lagging behind the men?

Have we ever thought of the bulk of domestic work women in Indian society contribute to, most of which is unpaid? As per a 2019 Oxfam report, ‘Mind the Gap- State of Employment in India,’ Indian women do a cumulative 16.4 billion hours of unpaid work every day. On the other hand, as per OECD data, Indian men do 56 minutes of household work daily whereas women do 353 minutes of household work. Female Labour Force Participation will become 81 percent, if this work is taken into account. The question that remains is, why are women forced to stay at home and take care of all the domestic work while men are encouraged to go out and work and earn money as well as contribute to the economy?

Since childhood, women are taught how they should become good homemakers, while men are encouraged to become educated and earn money for the family. Women of our society are expected to stay at home and take care of their families. Even if a woman wishes to work, she is required handle the household work as well, because after all it is a women’s responsibility to take care of the domestic work. Many Indian families are still against having working women in their family or more than that, even if they work, they should not earn more than the men in the family.

Stereotyped perceptions that more labour-intensive jobs are not suitable for women could be another reason for decline in the female labour force in India. The service sector has become increasingly significant for urban women, with its share in employment rising from 35.7 percent in 1977-78 to 60.7 percent in 2017-18. In this sector, women are encouraged to take up professions such as teaching, nursing and so on which offer only a limited scope of growth. Till the time women are not given a chance to prove their abilities in society, we will not be able to understand their true power.

Here, I would like to mention a story about a person who has encouraged me to write about this topic. I know a girl who has faced a lot of bias in her family, right from her childhood. Being a girl, she was always told that her family or her home would be the family she gets married in. The only person who supported her was her mom, who always motivated and encouraged her to achieve her dreams. She exceled in school but was not appreciated like her brothers. She did not think about it much and tried to prove herself in everything she did. For the outside world, her family was very supportive but only she knew what she had to face. It was the time when her school life was about to end and her to go college. She was very excited but at the same time very scared because her family did not want her to get into a very good college or go away from home, so that they could get her married soon. But she did not care about what people said and continued to work hard and got into one of the top colleges. Her family was not very happy about this but she did not bother much because this was the time she could go out and work hard to become independent. Like in school, she exceled in her college as well, got selected for an international internship, studied hard and achieved good grades and finally got a job in her field of interest. Her family did not want her to take the job and wanted to get her married. They were scared that once she becomes independent, she would not listen to them. At this point she was confused whether she should take this job or not. She spoke to her mom about it who, like always, encouraged her to take the job. She took the job and started working but due to certain situations she had to work from home for now. Her family did not support her, but she did not give up. Due to long working hours she could not contribute to any kind of household work and her family kept saying things to demotivate her. But instead of giving up she started working harder and tried to take care of whatever household work she could do as well. Her passion towards her work and her perseverance made her excel in life and become an independent woman.

This shows that going back into Pardah or Ghunghat and staying within four walls is no longer an option for women today. Rather than teaching daughters how to be good homemakers, they should be encouraged to work towards achieving their dreams in life. Women are rapidly getting educated and they want to work, so rather than discouraging them we should encourage them to work hard and achieve their dreams. Men and women both have the right to achieve what they want in life. So, as women gain confidence to work towards achieving their dreams and going out to work, families should support and encourage them in their journey. After all a women’s ability is much more than becoming a good homemaker.