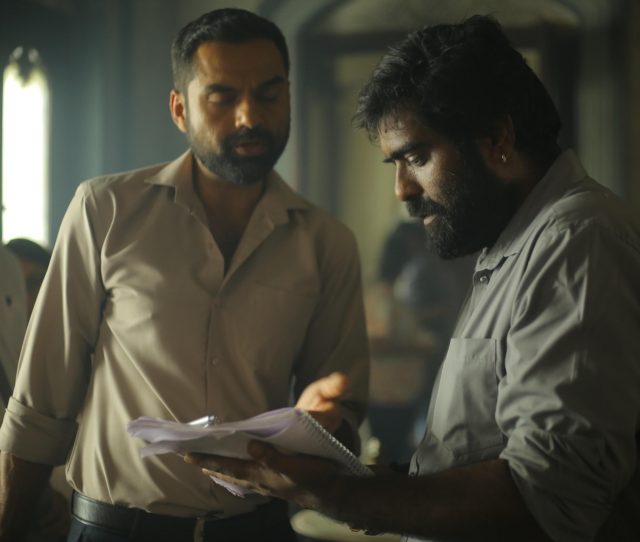 In conversation with Shailender Vyas, Director of JL50 series released on Sony LIV

By Sunita Vijay
Shailender Vyas was born in Jodhpur, Rajasthan. Being raised in Doon from preschool days till class twelve makes him a pure Doon lover. His career choice to be in filmmaking took him to Mumbai years ago, but he fondly calls himself a ‘Dehradun lad’. ‘Childhood memories are the fondest. The school days leave a strong impact on the mind and the memorable moments remain un-erasable. My father was in ONGC. I studied in Kendriya Vidyalaya, ONGC, till class three and, being a naughty kid, I was sent to Carman Residential and Day School, Prem Nagar, with an intention to rectify,’ he states laughingly. 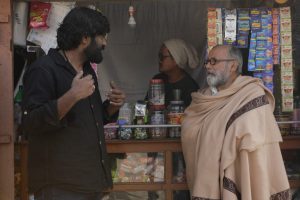 Shailender took no time in choosing his career path. Just as he was on the verge of completing grade XII, he figured out that he was meant to be in the film industry. He straightway joined the Asian Academy for Film and Television, Noida, run by Sandeep Marwah. ‘I was into many things – acting, singing, writing and direction. Then, one day, my father asked me my core interest and the field I saw myself performing best in. I gave a thorough thought to it and zeroed in on direction as my domain. Since then, I have focussed solely on direction. Although I edit songs, and I write stories, but direction is where my interest is.’ 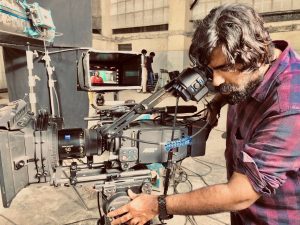 Shailender jokingly mentioned that, like any other young man yearning to be in films, he too tried his hand at acting, but seeing himself on screen put him off. But, his interest and knowledge in many fields has helped him hugely in his directorial ventures.

His latest series, ‘JL50’, a suspense thriller, is about an investigation of a plane that took off 35 years ago and is found crashed in a valley. It was meant to be a film initially but faced the COVID-19 brunt and had to be converted into a series starring Abhay Deol, Pankaj Kapur, Piyush Mishra, Ritika Anand (one of the producers) and Rajesh Sharma. ‘It’s a difficult topic that required a lot of research. Ritika persuaded me to pick ‘time travel’ as the theme. First, I had to convince myself before I was in a position to make the audience understand the concept of ‘time travel’ in the simplest and understandable manner. Undoubtedly, it was a challenging topic. Sci-fi theme is a hard row to hoe but despite that, I tried my best. Practically, I would call JL50 my debut direction of a film, converted into series later. It may have a few weaknesses but each endeavour is meant to teach. I intend to present a flawless delivery through my next film. Luckily, the viewership is overwhelming and the feedback is a mixed bag of comments. The best part about the series is that once you start watching it, you can’t leave it midway. The audience has found it engaging.’
Shailender has been a storyteller, a lover of English-Hindi literature with keen interest in spirituality and Indian history. ‘I began my work with a play in Canada that received the Legislative Assembly Award, followed by a short film. Since then, I have been in this industry honing my skills,’ Shailendra adds.
On being asked to enlighten the Doon aspirants, he has one mantra to share, ‘Analyse yourself. Find what you are good at. Focus on it and wholeheartedly work towards your craft. Leave no loose ends. Figure out your strengths and weaknesses. In the film industry, not all are meant to be actors. Choose a field of your interest. Something that is free flowing in you will not tire you and you will shine effortlessly.’
JL50 has been written and directed by Shailender. With a renowned star cast and intriguing plot, the series is doing well on Sony LIV, receiving a mixed response from critics.

Garhwal Post has established itself as a credible, balanced and forward looking newspaper in India. Based in Uttarakhand, the daily is read by the aware, socially and culturally responsible, high-income elite of society.
Contact us: info@garhwalpost.in
absolutely free adult dating site websites to meet new friends online