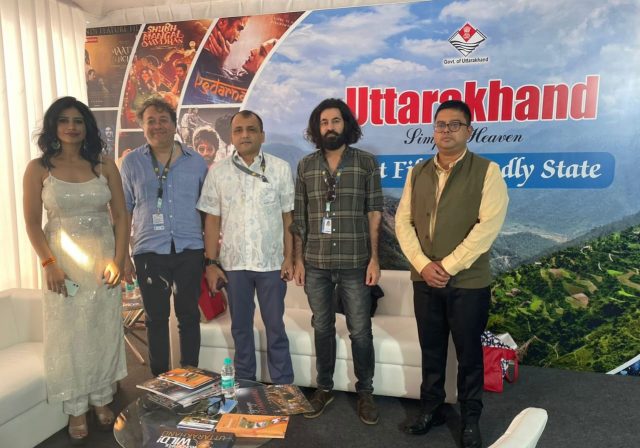 Kumar said that instructions had been given by Chief Minister Pushkar Singh Dhami to develop Uttarakhand as a leading film shooting destination. Work has started in this direction at the policy level. All possible assistance is being provided to the producers and directors. Important instructions have been given by the Chief Minister Dhami regarding the film policy. He added that the Chief Minister also placed special focus on developing the state as a favoured film destination, promotion of regional films and setting up a Film and Creative Art Institute in the state.

Deputy Director / Nodal Officer, Uttarakhand Film Development Council, Dr Nitin Upadhyay was also present on this occasion. It is worth mentioning that, tomorrow, a knowledge series will be organised in the afternoon, in which eminent lyricist and chairman Central Board of Film Certification Prasoon Joshi will express his views on film shooting in Uttarakhand.