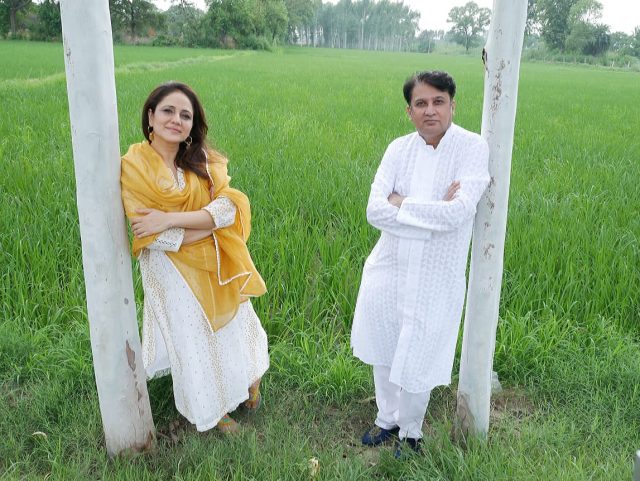 The film is inspired by the life of an ordinary resident of Punjab, Nimrat Kaur, who rose phoenix-like from the ashes of a ruined marriage, to carve an identity for herself in a male bastion. 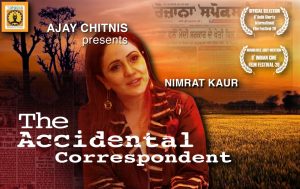 Hailing from a respectable and upright family, she gets married early but the marriage does not work. Separation, tears her apart mentally and emotionally, but she gathers her self-confidence and fortitude with aplomb. Faith in her own abilities enables her to revolutionise the digital news media in Punjab, and she ends up garnering a phenomenal following.

Getting into journalism with poise, boldness and cool-headedness she carves a niche in a male dominated profession in no time. Her rise to success is the stuff dreams are made of.

She is presently, managing editor at Rozana Spokesman, a Punjabi newspaper she nurtures with passion. Along with writing the editorial column, she manages the digital channel. Talking about her life story she states, “Life got me to a point where I could either suffer or rise again. I chose to rise and the pen somehow found its way to me, and then the camera followed and here I am today. I had to start trusting myself that I am capable of writing, of facing the camera. I had to go beyond the doubt of others, especially the men, as Punjabi journalism is a man’s preserve. To get them to take me seriously and respect my view and work under me, has been my biggest challenge and victory.”

Continuing she reveals, “I wasn’t sure if my writing was being appreciated truly till one day a reader comes up and says he has named his grand daughter after me. That was encouragement enough. ”

After three years of working with an NGO during her struggling years, she along with few friends founded Bright Sparks, that works towards providing education to those involved in child labour. Today this initiative is 20 years old. Currently it is looking after 120 children.

Nimrat believes that the digital Industry is in its infancy but it’s a healthy baby.

Elated with the success of his film, ‘The Accidental Correspondent,’ Ajay Chitnis, hopes to delight audiences with more such documentaries. He is actively engaged in producing and directing documentaries on persons of high achievement and standing across the country. So far he has put together a staggering number of 70 documentaries on variegated concerns, subjects, and issues. He has also produced a number of music videos and film commercials. He is the director and producer of the talk show ‘Trail Blazers’, which documents inspirational stories of authentic and competent individuals who succeeded in life despite facing severe trials and tribulations.
His current venture ‘Trail Blazers’ on successful entrepreneurs from all over the country has had a dream run so far on various channels.