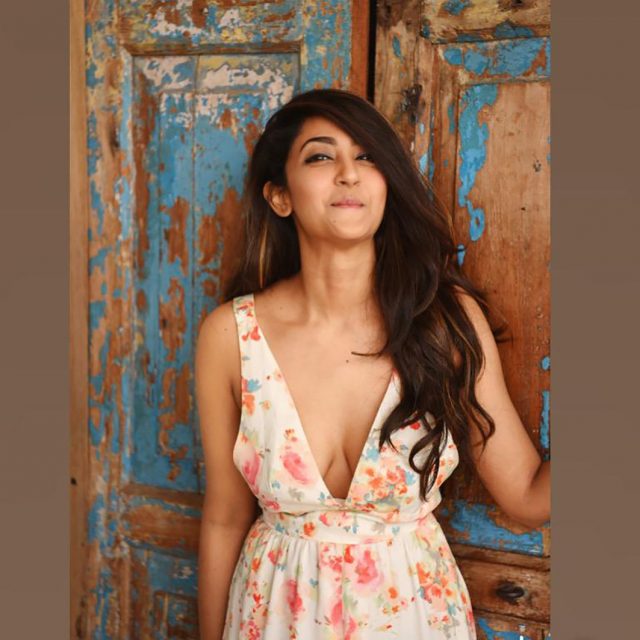 Mumbai, 7 Jul: K Sera Sera and Vikram Bhatt’s Virtual World production Judaa Hoke Bhi is all set for a 15 July release, but the promotions of the film are currently missing out on one big thing – the actress herself! But there’s no starry tantrum here. The South Star is undergoing a terrible personal crisis.

It is learnt that Aindrita’s husband, Diganth, who’s also a huge Kannada star went through a terrible car accident recently and the doting wife is tending to him making sure he’s all right. Talking about missing out from action back in Mumbai for the promotions of Judaa Hoke Bhi, Aindrita says, “I feel a bit disheartened that I couldn’t be there to physically promote Judaa Hoke Bhi. But sometimes circumstances are not in our hands. I really can’t wait for the day the film opens for the audience though. We’ve all put in so much hard work to make this.”

This happens to be Aindrita’s debut in Bollywood and for her there couldn’t have been a better start than with Bhatt camp. “I was extremely excited to work with the Bhatt camp. I remember the first day being extremely challenging for both Akshay (Oberoi) and me. We started with a very tough scene, there was a lot of emotion and anger. Mahesh Bhatt Sir was also on set and while he was explaining how he wanted the scene to play out, we had Vikram Sir who was very particular too. We motored through our scenes and delivered to expectations. Overall, it was such an enriching experience!” says Aindrita.

Judaa Hoke Bhi happens to be India’s first virtual film and shooting for this was nothing less than an experience for Aindrita. “It was my first time working in a virtual format and though it required a lot of patience, it was very satisfactory in the end. Vikram Sir is an extremely fun loving person so he was the perfect antidote to all the difficult scenes we had to shoot. He kept the atmosphere on the sets so light that we all had a great time shooting for the film,” says Ray.

While the trailer of the film is garnering traction, even the music is making room in the heart of music lovers. “Music is surely the highlight of the Judaa Hoke Bhi,” says Aindrita while adding, “Vikram Sir has great taste in music and each and every song is literally music to the ears!”