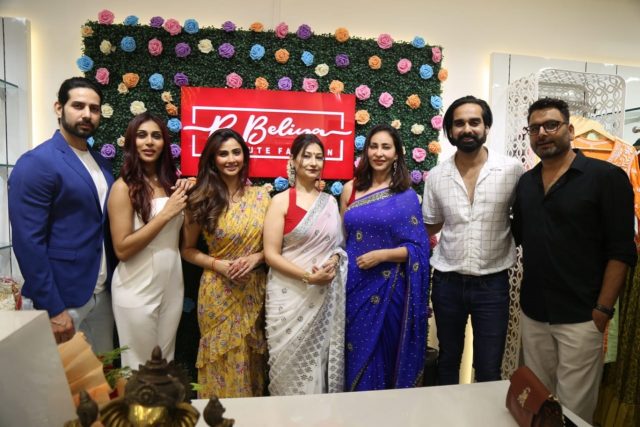 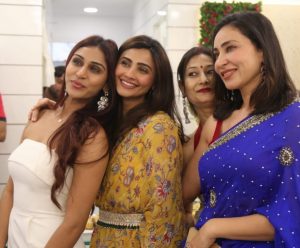 Speaking on the occasion, Daisy said, “I feel immensely elated to be a part of the inauguration ceremony of R. Beliya Designer Showroom in Dehradun. I loved the exotic clothing collection by some of the renowned designers from Mumbai. I’m sure of the fact that the introduction of such a unique designer showroom in Dehradun by Rachna will raise the fashion quotient of the city!” 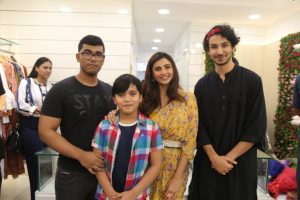 Owned by Rachna Bhatt, R. Beliya is a one-of-its-kind ethnic women’s wear showroom that is coming up on Rajpur Road. The designer showroom will have collections of several notable designers from Mumbai.

“Coming up with a classy ethnic women’s fashion wear showroom in my hometown Dehradun is like a dream come true. From connecting to the best of designers, finalizing the clothing collection for R. Beliya, hunting down for a prime venue in the city, to making it all happen, I’ve been working very hard for this dream of mine”, said Rachna Bhatt.
Rachna Bhatt is one of the directors of the Mumbai-based production house Purple Bull Entertainment. Her production house is into filmmaking, web series, TV shows, and many more. She is actively involved in fashion designing and costumes, and her expertise is ethnic wear.
The inauguration ceremony also witnessed the presence of Indian film actress Myra Sareen, who has worked predominantly in the Telugu movie industry, producer Kashish Khan, who is currently producing her upcoming film ‘Mystery of Tattoo’ starring Arjun Rampal & Ameesha Patel, and model & actor Ashwani Kapoor.
Bollywood producer & co-owner of R. Beliya, Om Prakash Bhatt, said, “Belonging to this city, I’ve observed that Dehradun has over time raised the bar when it comes to fashion. What was once a small quaint town is now on the path of becoming a prominent fashion capital among North Indian cities. The addition of R. Beliya will surely & prominently add to the overall fashion scenario!”