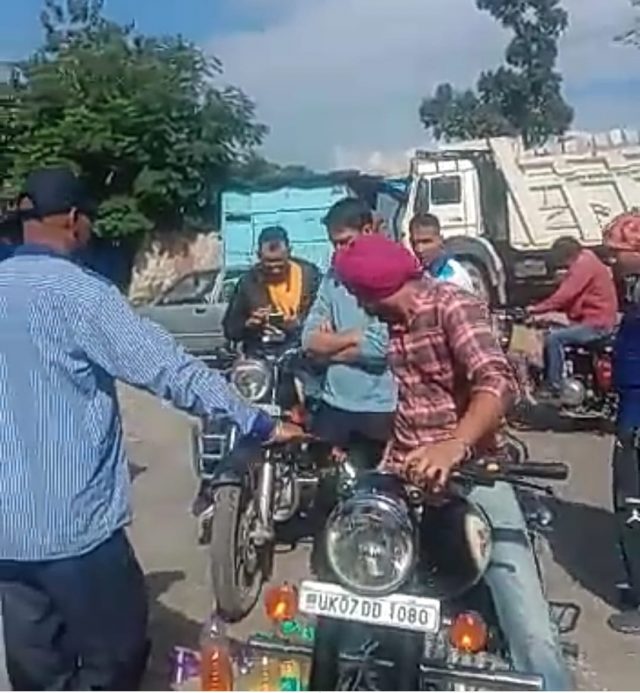 By Our Staff Reporter
Mussoorie, 22 Sep: There is a lot of resentment among the people due to alleged adulteration of petrol by a pump owner set up near Siya village in Kempty area of Tehri district. There was a ruckus today at the petrol pump over the adulteration of petrol. People accused the officials of not taking action. They said that this was the only petrol pump in the area, but petrol was being sold mixed with water, due to which their vehicles are also getting damaged.
They had also complained to the district administration in this regard, but action was taken, leading to doubts of corruption. They said that there was great difference between the petrol bought from Mussoorie Petrol Pumps and the petrol at the one in Kempty. They have demanded that the petrol be tested by the authorities.

Garhwal Post has established itself as a credible, balanced and forward looking newspaper in India. Based in Uttarakhand, the daily is read by the aware, socially and culturally responsible, high-income elite of society.
Contact us: info@garhwalpost.in
flirt with random