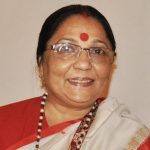 Afghanistan has been taken over by the terror monger Taliban – notorious, cruel and internationally known for their inborn misogyny and violence against women.
The planet is going to witness the worst human rights violations in Afghanistan by the Taliban invaders.
The United Nations Human Rights Charter has no value when it comes to Islamic Shariya laws. The worst crimes will be perpetrated upon women and the girl child under the garb of Shariya. The practice of ‘Al Taharrush’ is allowed upon non-Muslim women by group of men. ‘Al Taharrush’ is a barbaric regressive devilish game played by a mob, inflicting collective sexual violence upon a helpless woman. She is sexually tortured to a most painful death finally.
This planet has witnessed such horrific crimes happening against women over the ages. In medieval times, the entire Asian region experienced such crimes against humanity. Women are not considered individuals….rather they are the objects of sexual pleasure gifted to so called jihadis by their belief system.
The Shariyat has programmed them to create a so called “secure environment where the chastity and dignity of women may once again be sacrosanct”. This involves imposition of the purdah, depriving girls of modern institutional basic education.
Now that the Taliban has seized most of Afghanistan again, there are many concerns – the human rights of women and the girl child, in particular. Also, the human rights of minorities living in Afghanistan. The Talibani way of treating woman as sub-human creatures and objects of sexual pleasure reduces the scope of gender dignity and safety to nil. Afghanistan is going to be pushed back at least a thousand years. Talibans have a hardcore mindset with anti-gender social norms and customs. They are hard wired zombies programmed to follow blindly the barbarian anti-gender laws established by so-called Shariyat. For example, if a woman is raped by a man or men, she is supposed to be punished with a thousand lashes on her body as she is considered an equal partner in the crime of rape. This leads women not to report sexual assaults/violence at all.
Many rapists get this benefit and go totally free from any punishment even after committing sexual assaults of the worst kind.
There are clear primitive regressive laws on certain issues like rape, gang rape, woman as war reward, lynching in public for adultery by woman, and the law of ‘Hudood’ which makes it mandatory for woman to be accompanied by a man as their protector… all engineered to oppress gender equality and human liberty systematically in the name of religion.
Nothing can be more shameful and disgusting than the current stand of the USA Government, with President Biden leaving Afghan women and children in limbo. The human rights of woman and children are infringed upon without any fear of the law. For the Taliban, there is no such law where woman are treated as human beings and not an object. If the international community remains silent and indifferent to the current Afghan scenario is going to lead to devastating results.

(Advocate Renu D Singh is an activist, and devoted her energies since last four decades in the field to upholding Human Rights. She is specifically committed to Global Gender Rights. She is Chair person of Samadhan Women Legal Helpline and Rape Crisis Intervention Centre at Dehradun.)