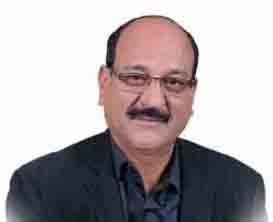 By Arun Pratap Singh
Dehradun, 22 Sep: Agriculture Minister Subodh Uniyal, today, defended the three Agri bills passed in the Rajya Sabha, yesterday, and claimed that these bills were historic in nature and would greatly benefit the farmers and go a long way in protecting their rights. Addressing the media at the Vidhan Sabha building here, today, Uniyal claimed that Agricultural Produce Trade and Commerce (Promotion and Simplification) Bill 2020 and the Farmers (Empowerment and Protection) Price Assurance Agreement and Agreement on Agricultural Services Bill 2020 were brought in by the government in the interests of the farmers and they would prove to be a major step in protecting farmers, eliminating middlemen and empowering producers in an unprecedented manner.
He said that the new legislations passed by the Parliament would end the exploitation of the farmers and they would get more options to sell their produce. The Agriculture Minister said these legislations were major reforms in the agriculture sector and would increase the income of the farmers and due to the new legislations, the farmers would be free to sell their produce anywhere in the country rather than be forced to sell in their respective Mandis only as has been the case till now!
Uniyal added that the bills would help in simplification of various measures given to increase the income of farmers. Under One Nation, One Market, farmers would be able to sell their produce on MSP or at a higher price. The MSP system would continue and it would be declared by the government in accordance with the guidelines of the Swaminathan Commission which had recommended the MSP of 150 percent of the cost of cultivation to the farmers. While those purchasing the produce from the famers under the contract farming, which was already in existence, would be bound by the conditions of the contract, while the farmers would not be bound by the contract. They had been given exemption from mandatory acceptance of the conditions of the contract, he added. The purchasers would have to pay additional prices in case the prices of any commodity went up beyond the contractual prices, he claimed.
Uniyal further claimed that the middlemen would not be able to take away land of farmers or take them under their control through mortgage and hence the interests of the farmers were completely safe. The Agriculture Minister claimed that under the new system, high yield seeds and modern technology would be made available to the farmers. He added that some products had been excluded from the Essential Commodities Act and, hence, the farmers would be able to sell them at higher prices. Under the new system, the interests of the farmers as well as of the consumers would be protected and the greater availability of goods would be ensured at consumer friendly prices due to absence of a large number of middlemen. He added that an infrastructure fund to the tune of Rs 1 lakh crores would be utilised to create storages, warehouses, cold storages and processing units in the private sector, which would directly benefit.