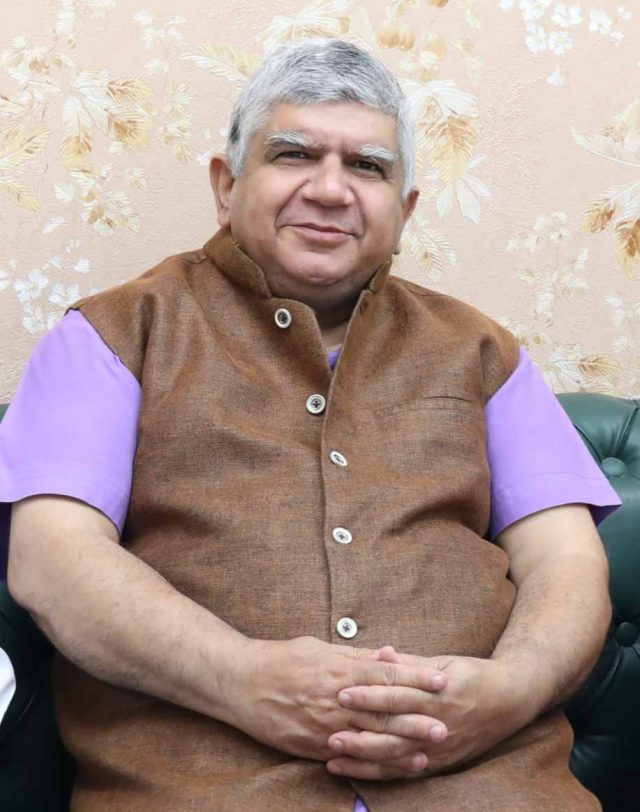 Rishikesh, 3 Aug: If there is a sudden weakness in limbs or change in one’s speech or one’s face suddenly tilts to one side on speaking or smiling, these symptoms may indicate a brain stroke. It can prove fatal. If it ever happens, AIIMS Rishikesh has installed a Brain Stroke Treatment Unit with all modern facilities to treat such patients.
The lifestyle of extreme stress and irregular routine is increasing the risk for developing many major illnesses in the common person. These ailments also include brain stroke. In this, the brain fails to get its share of blood supply and it may even lead to unconsciousness. It is such a serious disease that a person may lose memory and can even die if the condition becomes severe.
Professor Ravikant, Director and CEO, AIIMS Rishikesh, reminds that AIIMS intends to have a dedicated stroke unit to care for stroke patients. The most critical to a positive outcome for stroke resulting from blockage of arteries is the window period of up to 4.5 hours, during which clot-busting (thrombolytic) drugs can be administered. However, earliest the drug is given, better the result. Patients arriving after the window period may benefit from mechanical thrombectomy i.e., removing the thrombus by entering the brain arteries using catheter. He said that, very soon, this facility will also be available at AIIMS Rishikesh. A Neurosciences Centre including a “Comprehensive Stroke Care Centre” has already been planned and will soon be available in the near future.
Dr Niraj Kumar, Additional Professor and Head of Neurology Department, adds that urgent recognition is essential as every lost second in a brain stroke patient results in further brain damage. Paying attention to Face, Arms, Speech and Time (FAST) will help in early recognition. He said that symptoms of stroke include sudden onset deviating of face on one side, drifting down of one arm on raising both arms, slurring of speech and/or difficulty in understanding commands. He also said that one must remember – “Time Is Brain”. For prevention of stroke, Dr Niraj said the best way is to eat a healthy diet, exercise regularly, avoid smoking and other addictions and regular medical check-up in persons having diabetes, hypertension and heart disease and their adequate control. Those persons already having risk factors for stroke must strictly follow social distancing and personal hygiene measures to prevent Covid-19 infection as it has been reported to be associated with increased risk of blood clotting.
Stroke, also called brain attack, is caused by sudden interruption in blood supply to brain. Brain is unable to sustain for more than few seconds without adequate blood supply, resulting in death of brain cells. The most common type of stroke involves blockage of arteries supplying the brain, a less common but equally disabling stroke results due to rupture of these arteries with bleeding inside the brain.
It usually involves the elderly but may affect younger persons especially those with uncontrolled diabetes, hypertension, addiction including excessive smoking and drug abuse, obesity and cardiac problems. According to estimates of Indian Council for Medical Research (ICMR), one person suffers a brain stroke every forty seconds in India and it causes a death every four minutes.