Kesari, a well-intentioned film directed by Anurag Singh, narrates the real story of 21 Sikh soldiers of the 36 Sikh Battalion in the British Army in 1897 at the Saragarhi Fort, confronting an army of ten thousand Afghans knowing full well the zero chance of their survival. They created history by exhibiting their valour in the adverse situation they faced. The Battle of Saragarhi is a crucial event in history; on googling the five biggest battles in the world, it ranks second. Unfortunately, an episode of this magnitude does not find space in our history books. All the 21 soldiers were posthumously awarded the Indian Order of Merit, the highest gallantry award then for a soldier, corresponding to the Victoria Cross and the Param Vir Chakra. The event narrated is stirring. Not only do they decide to fight but keep the battle going till evening, diffusing the enemy’s plan to capture two other important forts in the same province. Kesari glorifies these Sikh heroes with chops of some hair-raising stunts and impressive cinematography. Akshay Kumar, the man-in- command, with his impeccable acting and transcendent action, fathoms his role with ease. All the heavy-lifting is done by him. His resplendent screen presence and maturity in acting is visible in the smallest of scenes with no- error execution. His looks, accent, attitude, and fighting – all are uncompromisingly authentic as Havaldar Ishar Singh, who is sent to Saragarhi as in-charge. It’s a place where there is not much activity and the soldiers Akshay Kumar splashes Kesari ‘rang’ in patriotic abundance were having an easy time; cracking jokes, indulging in cock fights, dressed casually; quite contrary to army discipline. He has a task to reform them. A current of resistance runs in the group. His credentials win their hearts and respect. Soon, he mobilises them to build a mosque for the local villagers and infuses energy in their veins. The first half leisurely delves into the lives of the 21 soldiers, their habits, character, personal background, and invests time in introducing each one of them. Seeing them at ease generates anxiety, especially when melancholy is around the corner. If one has an infant daughter back home, the other remembers his newlywed bride. This particular segment comprising their casual talk, teasing remarks, leg-pulling and back-biting is enjoyable, but could have been made better with taut screenplay, especially when Punjabi was the medium. The insight into their lives and emotions could have been more intriguing if they had been explored well. Kesari is a tad too long. The monotonous khaki uniform in the backdrop of the barren land outside the fort is exhausting for the eyes. Investment in good songs, brighter introduction, and smarter talks could have embellished the movie. To break the monotony, in-between distractions are added. A character from the enemy is worth mentioning here. Dressed in attractive drape, henna tattoos, kohled eyes, decorative rings and equally artistically- designed gun, he carries malicious intent. His end by Ishwar Singh is a scene to relish, underlining the intelligence of the braveheart. Parineeti Chopra, as Ishar’s wife has a small role to play. His interactions with her and a glimpse into their courtship before marriage are pleasing. Her role amplifies the character of Ishar Singh and she maintains her illusionary courtship with him in his hallucinatory chats with her till his last breath. The battle scenes are par- excellence – unbelievable and awe-strikingly grand. However, the curiosity to know more about the feelings experienced by the soldiers during their last battle of life remains unattended. The audience craves to learn what tsunami of emotions they were undergoing! Broad steps have been taken in capturing their true feelings, whether it is the choice they make to fight a gruesome battle against the huge number or even during the battle. Overall enactment of the battle scenes more than compensates for the minor flaws. The two players who unfailingly stir the feelings are Akshay Kumar and Surmeet Singh Basra as Gurmukh Singh, a nineteen year old soldier. Surmeet’s facial expressions bring alive the fear of a young soldier who has never killed anyone in his life and how the polarising effect of working with Ishar transforms him comprises the best scene of the film, especially when he dies. It unfailingly thaws all feelings in one go. The second half culminates in a proper battle with plentiful bloodshed against the ruthless army of Afghan tribals. They are shown as merciless beings, not respectful towards women, use Allah’s name for their selfish pursuits and are thankless to the one who shows sympathy towards their injured soldiers. They carry vengeance in their heart till the end and even steal from the belongings of the dead soldiers. Some of the shots are top notch, the bouts involving Ishar. Akshay infuses life and blood in the battle veins through his impeccable performance. In the end, as an unbeatable man against the swarm of barbarian Afghans, Akshay gives such fabulous shots that one starts getting goose pimples. The fight scenes crafted with finesse are not for the tender-hearted audience. He celebrates his death with valour, courage, and fight-till- the-end attitude. His sword piercing through three bodies in one stroke is a blood- cuddling sight in itself. The exemplary fight skills, the strength in his arms, the agility in his body and the swiftness reach a crescendo as we touch the end. The heart is left to bleed with these warriors who romanced with their death chosen with full consciousness. Kesari’s colour leaves a mark of patriotism and bravery. I go with three stars. 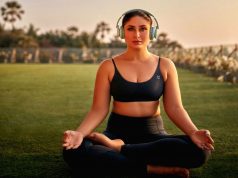 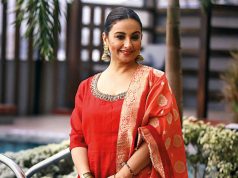 Garhwal Post has established itself as a credible, balanced and forward looking newspaper in India. Based in Uttarakhand, the daily is read by the aware, socially and culturally responsible, high-income elite of society.
Contact us: info@garhwalpost.in
good headlines for dating apps websites to meet new friends online i kissed dating good bye