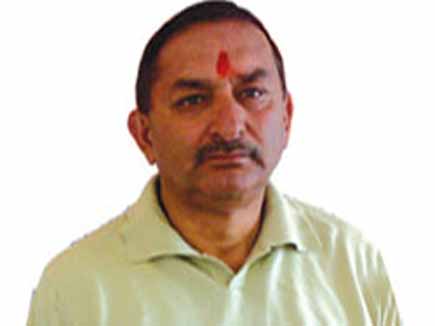 Dehradun, 20 Sep: Even as the top Congress leader Rahul Gandhi is currently engaged in a countrywide Padyatra to strengthen the party under the Bharat Jodo Abhiyan, the state units of the Congress seem to be singing their own tunes! All is certainly not well within the Uttarakhand Congress as, today, it was the turn of MLA Mayukh Mahar (Pithoragarh) to resign from the Pradesh Congress Committee (PCC). He is the second Congress leader to have resigned from PCC in the past few days. Earlier, Abhishek Singh, son of senior Congress leader and Chakrata MLA Pritam Singh, had also resigned from the PCC.

In a statement issued after his resignation from the PCC, Mahar has claimed that seniority of many party leaders is being ignored in the constitution of the PCC and in various organisational responsibilities. Not only this, the new state leadership is also ignoring the party’s principle of one person, one post and has been appointing MLAs to the PCC. Mahar has further stated that no MLAs should be included in the PCC and only senior party leaders who are not holding any other post or are not even MLAs should be included in the new PCC.

Interestingly, both the new PCC Chief and former MLA Karan Mahra and the Pithoragarh MLA Mayukh Mahar are considered to be close to the Harish Rawat camp and, despite this, they are not able to maintain a cordial relationship with each other. It is not the first time that Mahar has spoken openly about his discontent with the new leadership.

On the other hand, Abhishek Singh had resigned because senior party leaders were being ignored by the new state leadership and, instead of him, senior and more deserving party leaders should be nominated on the PCC. It is hardly a secret that there is an open cold war between Pritam Singh and his erstwhile political Guru, Harish Rawat. Singh was considered a close confidante of Harish Rawat in the past. In fact, when Harish Rawat was the Chief Minister and Congress lost the elections, PCC Chief Kishore Upadhdyay, who is now a BJP Leader, was replaced by Pritam Singh at the recommendation of Harish Rawat only. However, both the leaders soon fell out with each other and Pritam Singh joined the Indira Hridayesh camp (erstwhile ND Tiwari camp). Singh however has felt isolated following Indira Hridayesh’s death and was replaced as PCC Chief as well. He is no more the Leader of the Opposition, having been replaced by Yashpal Arya. Arya, once considered to be close to ND Tiwari, is now considered relatively neutral following his return to the Congress after being in the BJP for five years and serving as a cabinet minister during 2017-2022.

Some party leaders unofficially seek also to blame the Leader in charge of the party affairs in Uttarakhand, Devendra Yadav, and claim that he has been behind the nomination of relatively junior party leaders in the PCC. Whatever the reality, with this infighting, the challenge of 2024 Lok Sabha elections also seems tougher for the party. Already, both, Harak Singh Rawat who too returned to the Congress fold just before the assembly elections this year, and veteran Congress leader Harish Rawat have declared that they would be contesting the Lok Sabha election from Haridwar. Despite the fact that the current MP from Haridwar, Ramesh Pokhriyal ‘Nishank’ has won from here for the second time in a row, Congress leaders still consider the Haridwar seat as a more safe bet on account of a large number of minority votes in the district.

Garhwal Post has established itself as a credible, balanced and forward looking newspaper in India. Based in Uttarakhand, the daily is read by the aware, socially and culturally responsible, high-income elite of society.
Contact us: info@garhwalpost.in
bi guys dating apps the best usa dating app gay bilatin men