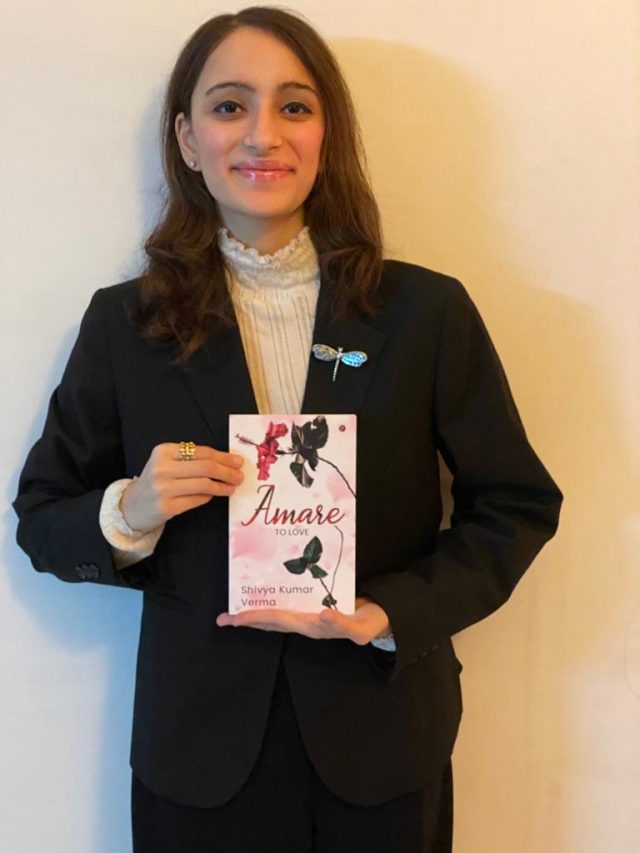 By Arun Pratap Singh
Dehradun, 18 Oct: Twenty year old BA (Public Policy) Final Year student Shivya Verma has published a collection of 34 poems in English written by her, followed by her comments in the form of quotes after each poem. Priced at Rs 175, the collection has been titled ‘Amare’ by her and is published by notionpress.com.
Shivya is presently pursuing her undergraduate course (BA) in Public Policy from University of Petroleum & Energy Studies and had passed out from Mussoorie International School.
Speaking to Garhwal Post, Shivya revealed that all her poems dwell generally around love, love between the friends, love between siblings, or between parents and children and even love which could not be defined. Almost all of her poems were followed by small comments by her in the form of quotes which defined the poem to some extent!
She said that love was the essence of human existence and the most integral point of trust between any two or more individuals and it was magical. She added that her poems were her random thoughts on how love could transform people, how it held a different meaning for each individual.
She also said that she was particularly grateful to the teachers in her school as well as the university for she learnt a great deal about life and its meaning from them. They also motivated her to fearlessly express herself through her poems and the collection contained some of the poems published in the school magazine.
She further stated that she aimed to pursue post graduation in English literature after her graduation and also would like to remain socially active as a social worker besides following her passion for writing.