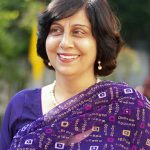 It all started innocently enough. As I get older, I find typing messages on WhatsApp quite tedious, especially if they are long, detailed ones. So the easy way out is to send voice messages. But what happens if your reply needs to be short and sweet?

The easiest way out is to take the help of the unlimited supply of emojis that WhatsApp has generously supplied for our use. So here I am – lazy ole’ me – liberally dotting my WhatsApp conversation with these cute little Smilies (that’s all that I have been able to explore till now…we’ll come to the colourful fruits and vegetables and the animals, etc., later).

Back to the Smilies. According to  my limited understanding, I feel I’m on the right track when I send a simple Smiley to show I’m happy, a hugging Smiley to send a hug – friendly or loving, or both, a kissing Smiley to send kisses and then I discovered this cute Smiley with eyes closed and three little hearts around its cute round, yellow face. According to my old and foggy brain it stands for sending a loving smile to the recipient and I started using this new discovery of mine liberally…also because since I started using it liberally, it was the first one to pop up and I would press on it and before one could say ‘Jack Robinson’ it was merrily on its way. Here I was, cheerily sending this sweet little Smiley to my acquaintances, till a friend took pity on me and called me to ask if I knew its meaning. Of course I did. It was a loving Smiley.

‘It means I’m sending love and happiness your way.’

‘Nooooo,’ was the horrified reply. ‘It means you are in love, and sitting on cloud 9.’

‘HELP! There’s a specific meaning behind each emoji, you mean?’ I asked incredulously.

‘Google it,’ was the cryptic reply.

I did and she was right.

Oh my poor befuddled brain. This is what happens when one tries to act young and with it.

That was the end of my Smiley obsession. I got down to checking the other emojis. Maybe I could try something else. There were little pictures of ice creams, cakes, sandwiches, eggs, chopsticks, a brinjal, even an ice cube and a champagne bottle. This confused me even more. If I want to tell someone I had an ice cream and send them an emoji of a cone, wouldn’t it be sending the wrong message? I didn’t have a cone, I had a choc–bar. And why on earth would I want to send an emoji of a brinjal, and to whom?

Let’s talk about the ice cube and a champagne bottle. Suppose I want to message a friend that we went for a cheese and champagne party, am I supposed to take a shortcut and just send an emoji of the bottle and maybe an ice cube? Won’t that give out mixed signals? Champagne on the rocks? Whoever heard of that? And if I’ve already typed the message then why would I waste precious time in looking for and adding a suitable emoji? Double work.

And don’t get me started on the pictures of chickens, monkeys, foxes, pigs and heavens! A unicorn too! Now, who’s to tell me if the picture is of a fox or a vixen, a pig or a sow? Which gender should I use? Not to mention table tennis paddles, cricket balls, footballs…the list is endless.

Back to typing long, arduous messages. Better still, pick up the phone and make a call. Leaves no room for misunderstandings.

(Ratna Manucha is an author and educationist)

Garhwal Post has established itself as a credible, balanced and forward looking newspaper in India. Based in Uttarakhand, the daily is read by the aware, socially and culturally responsible, high-income elite of society.
Contact us: info@garhwalpost.in
https://garhwalpost.in/hook-up-sites-in-accra/ calgary hookup