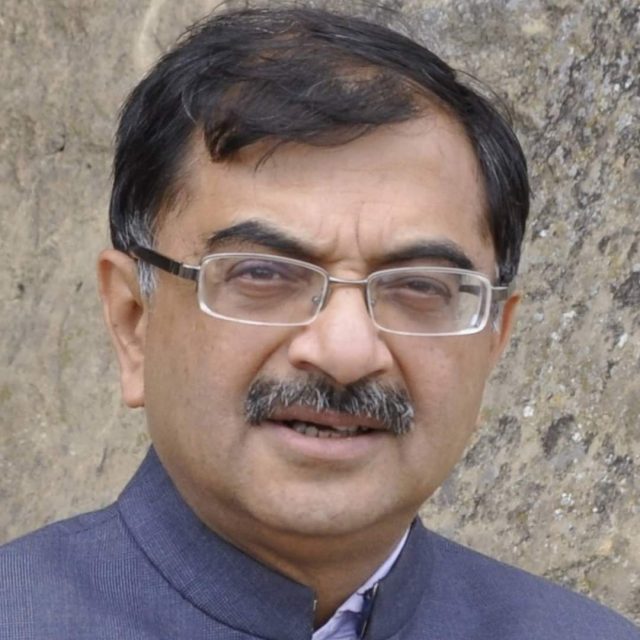 The one picture – showing the government of India, through its senior minister bowing before the Swaroop of Guru Granth Sahib at Delhi airport defined the soul of India. There can’t be a more glorified, defining moment for this great civilised nation. It showed the Kabul Sikhs and Hindus, wherever they are, whatever passport they possess, they remain us. We care for them as family.

The ISI agents of Pakistan and their malik, Taliban, uprooted the Sikh Nishan Sahib from the ancient Gurdwara Thala Sahib in Chamkani area of Afghanistan and humiliated Sikhs and Hindus forcing them to leave their homeland. None of the Khalistanis on the ISI payroll spoke about it. Neither did the Shaheen Bagh crowd shed a tear on it, which had been enacting dramas of Sikh-Muslim ‘unity’. Gen Bajwa’s India friends, too, looked the other way.

The holy Guru Granth Sahibs were brought to Delhi from a Muslim majority country by a special Indian Air Force flight (Shri Guru Granth Sahib is the living Guru of us all who believe in the tenets of the Sikh Panth, hence the word Swaroop is used, meaning personified Guru Sahib).

Along with a small number of Hindus and Sikhs, (in Afghanistan, Hindu-Sikhs share the same temple- gurudwara, their life is intertwined in an inseparable way and what India always was is seen in their togetherness) have come hundreds of Muslim Afghanis, who were so terrified and desperate under an Islamic Government that they chose India, a Hindu majority land to save their lives for their children’s future.

India has lived her tradition of helping distressed humanity once again and the way Prime Minister Modi has provided love, respect and warmth of a brother to all is the greatest golden hour for him, for all Indians and the government he leads.

Yes, we are like this. We were always like this. We may not be a super military power like US, but we are the super power in compassion, love and human values as taught to us by the Bhagavad Gita and Shri Guru Granth Sahib.

India, till it remains a Hindu majority, shall never refuse shelter to genuine persecuted people with honesty in their hearts. This has been proved over the ages, whether they were Parsis, Jews or Tibetans, all found not just a home here but never faced any ‘conversion’ threat. Rather, they helped enormously build a happier, stronger and prosperous India. They never ever became a security risk to their shelter home!!

Over a period of time, thousands of Afghan Muslims have got not just a shelter in India, but a home. They are so well taken care of that now they feel bold enough to agitate, demonstrate and demand more perks, facilities and rights. While, ironically, the persecuted Hindus of Pakistan, who came to India for better prospects of life, remain ghettoised in shanties and slums and have not shown any courage to demand respectful living conditions.

Whatever the Indian supporters and followers of Taliban might say about the Narendra Modi Government or try ‘deconstruct Hindutva’, the fact is that a Muslim group, claiming to be the purest believers in Islamic teachings, captured power in a Muslim majority land through guns, and has made thousands of Muslims flee from their homeland and find shelter in a Hindu majority country, where the central government is run by compassionate leaders who believe in inclusive Hindutva. The quintessential inclusive nature of Hindu dharma must be understood by the ‘exclusivist’ extreme societies and ideologies that include Indian secular groups. These groups are not only personified hate, they are cowards of the worst kind- will never even dare to ‘deconstruct Taliban-Islam’ that has seen unspeakable atrocities on little kids, women and men next door.

Shaheen Baghees and Kagaz Nahin Dikhayenge gang, award wapsi cabal, Wani and Andarabi sympathisers, ‘Kanada-Umrika’ Khalistanis and ‘objective, independent” leftist media sirens are busy writing on ‘sugarcane harvesting in Africa’ kind of stuff. Suddenly they have stopped watching what is not comfortable to them.

India remains India till she follows her Dharma. Dharma is the righteousness, compassion and courage to annihilate the unrepentant wicked like Rama, Krishna, Durga and Guru Govind Singh have shown. India is the fountainhead of freedom of thought and the most liberal, democratic free society on earth today. We see so much hate, intolerance and religious bigotry in European countries and the US but India is the last shelter of human values. Modi will always support humanitarian values come what may- he is the only strong leader who can resist all pressures to uphold India’s age-old traditions. His helping hand to Afghanistan’s distressed people of all colours and religions proves it.

It is this India that is sought to be violated by left-secular Nehruvian cabals that have been dominating the education, foreign policy and public dialogues in a monopolised Stalinist fashion, so far. They are like those blind-hate people who invited Ghazanavis, Ghoris to invade their land for personal revenge. They prove, time and again, that their hatred for the other voices, including assertive believers in Hindu dharma is more precipitated than the Taliban. Their influence is still strong- see our media- apologists for the Taliban, and the western media depends on these fossilised resource persons who might have become as irrelevant as the Soviet Union, but they find them ‘useful’ to denigrate a former colony. Like the Soviets, these residual weavers of falsehood, too, vanish soon. Taliban and the new geopolitics need a strong, cohesive India for the safety and peace in the region. Sooner we get rid of the fractured polity and incoherent responses to national crises, better for the nation and the Indian subcontinent’s future.

The rise of the new Bharat, as is visible in Rutgers, Stanford, Oxford Hindu students’ voices of reason and Dharma, is now an irreversible unstoppable process. The love and warmth to Afghan refugees of Islamic terror by India proves it again.