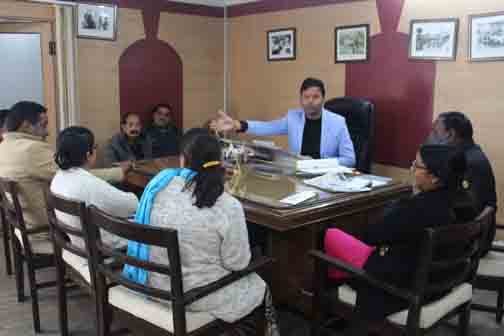 By OUR STAFF REPORTER
Mussoorie, 19 Dec: Following the anti-encroachment drive on the Mall Road, a lot of resentment has been expressed by the vendors against the municipal administration. They are demanding the construction of a vendor zone and, till then, to be allowed to function by the Mall Road.
Chairman Anuj Gupta refused the proposal of the street vendors and said that any type of encroachment on the Mall Road would not be tolerated as it could not be turned into a fish market. Due to the continued encroachment on the road, the beauty of Mall Road had been spoiled, due to which locals and tourists coming from all over world had to face lots of problem. To restore its old beauty, concrete and harsh steps were needed. Some people may not be happy with his decision, but the strict action was neccesary.
Present on the occasion were board members Geeta Kumai, Pratap Panwar, Darshan Rawat, Jasoda Sharma, EO ML Shah, Mahaveer Rana and many others.