Haridwar, 5 Jan: A mock anti-terrorist drill was conducted by the police at the Har-ki-Pauri here in the night of 4 January. The exercise was conducted under the instructions of DGP (Law and Order) and led by SSP Senthil Abudai. Under this, the response time and existing arrangements were ascertained over a two hour period. In general, the arrangements were found ‘satisfactory’.
A temporary control room was established at the VIP Ghat. The code word ‘Bichhu’ was used for the ‘terrorists’ during communications.
The CCR sent out information at 11:43 p.m. that four suspicious persons, who seemed to be ‘Bichhus’ had entered and were attempting to take over the control room. Within two minutes, the Har-ki-Pauri chowki police under the leadership of In-charge Arvind Raturi broadcast this over the police network. It was stated that two suspects were seen in the Maldeep area. Within ten minutes, the SSP, SP-City, CO-City, City Magistrate, Bomb Disposal Squad, Anti-Terrorist Squad and the QRT Team armed with modern weapons and rescue equipment reached Har-ki-Pauri.
Combing was carried out at Har-ki-Pauri and two groups of terrorists comprising a total of four ‘bichhus’ were gunned down. According to the SSP, the response time was found to be perfect, as was the performance of the anti-terrorist teams. 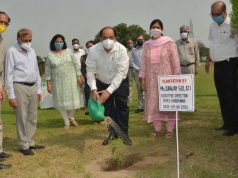 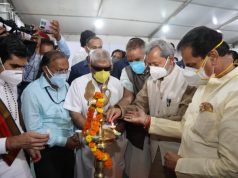