The issue of water crisis has always crossed the mind, and we have always talked about how in the coming years Mussoorie is going to face water shortage, but that’s all that we’ve done to solve this problem. Never have we thought about the day when this issue would be staring at us in the face and standing at our doorstep. As years pass by, Mussoorie’s popularity has increase as the numbers of tourists that visit each year almost doubles from the last, with more hotels coming up, thus consuming more and more water. Though some might argue that this brings economic gain for the local population in the town, the real issue at hand here is water usage and how much of it is going to every person residing on the hillside. Most of the water is diverted towards these hotels hosting the town’s visitors. Hotels have 24 hours of running water while citizens of Mussoorie have certain time windows in which they fill their buckets. The locals rely on water from hand-pumps, causing endless lines and limited water as one carries buckets home every evening.
The water management suffers in Mussoorie, as many pipes leak and are not tended to. As much as 20% of the water is lost because of broken pipes, causing much of the water to trickle down the slopes only to be made tracks of by the motor vehicles. Though Mussoorie has its own reservoirs, the water management needs to be looked into and ways found to solve this issue, which is causing a lot of problems to the local residents on the hillsides. 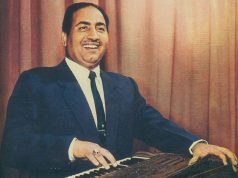