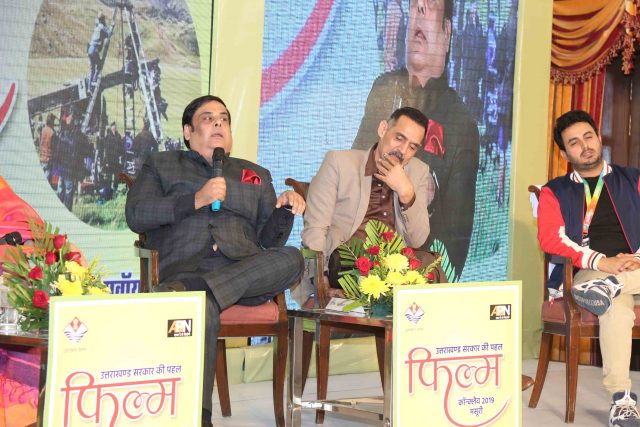 MUSSOORIE, 8 Nov: Award winning Filmmaker, Rahul Mittra announced his next film ‘Anjaan’, to be shot in Uttarakhand. He was addressing one of the sessions at Mussoorie Film Conclave, held at Hotel Savoy. Mittra, informed everyone that Arjun Rampal will play the main lead in the film ‘Anjaan’ which is a supernatural thriller. Writer Puja Ballutia and producer Vikram Khakhar were also present on the occasion. Anjaan presented by Raju Chadha will be produced by Raju Chadha, Rahul Mittra & Vikram Khakhar and directed by Amit Vats.