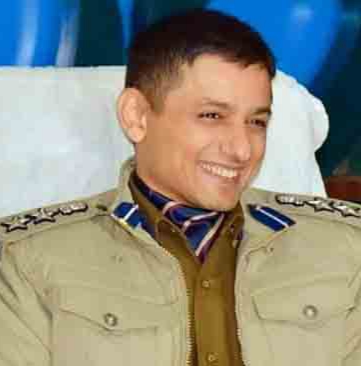 DEHRADUN, 29 Dec: All the speculation that Dehradun was likely to see a new Senior Superintendent of Police (SSP) once the incumbent, SSP Arun Mohan Joshi, was promoted to the rank of DIG was put to rest when he was asked by the government to continue in his post even after the promotion. Of course, Dehradun being the state capital, he is not the first DIG to also hold charge as SSP, Dehradun. Arun Mohan Joshi’s performance as SSP Dehradun has been much appreciated by the city’s residents due to his proactive role in crime control and traffic management. Though always smiling, he is known to be a strict Police Officer who does not tolerate lack of professionalism in the police force. The Government has also appointed DIG, Vigilance, Krishna Kumar as Additional Secretary, Home, at the Secretariat. He has been replaced as DIG, Vigilance, by senior ranking IG Amit Sinha, who has also been given additional charge as IG, Fire Services. Sinha, who was posted as IG, Telecommunications, has been replaced by IG AP Anshuman in the position. He will continue to hold charge as IG, PAC, too. Ajay Singh, SP, Rudraprayag, has been transferred as SP, Personnel, at PHQ Dehradun, while Navneet Singh has replaced him as SP, Rudraprayag. Singh was posted as SP (Rural) Haridwar. Ramchandra Rajguru, SP, Pithoragarh, has been transferred as SP (Regional), Haldwani. He replaces Lokeshwar Singh, who has now been posted as, SP Champawat. Preeti Priyadarshini has replaced Rajguru as SP Pithoragarh, while she has been replaced as SP, Bageshwar, by Rachita Juyal.