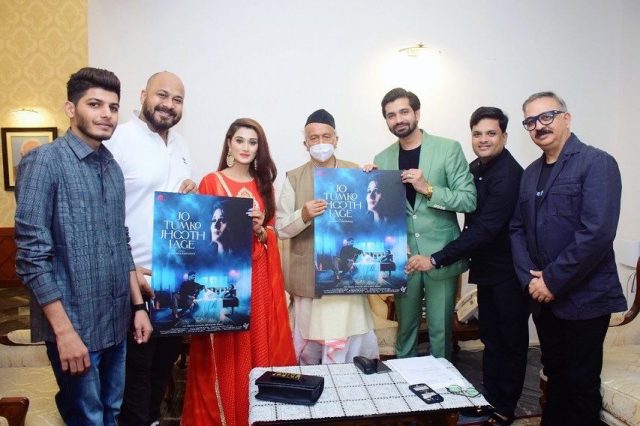 Dehradun, 28 Dec: The album, “Jo Tumko Jhooth Lagey”, starring film actress, producer and Brand Ambassador of Sparsh Ganga Arushi Nishank and actor Vishal Singh was released today. The poster of this song was released, recently. The audience is appreciating the song on various social media platforms.
This album was recorded by Zee Music along with actor Vishal Singh of the popular serial, “Saath Nibhana Saathiya”. Earlier, Arushi Nishank’s “Wafa Na Raas Aayi” by T-Series along with Himansh Kohli received a lot of love from the audience. The song has been watched by 250+ million viewers, so far.
The album, which released today, has been sung by Shaurya Mehta while the music has been composed by Oi Kunal. The Director of the album is Faizal Miyan Fotuwale. The pain of two separated lovers has been told in this album.
Aarushi was congratulated for the release of this album by film actor Manoj Tiwari, Gautam Gambhir, Subhash Chandra of Zee Music and Maharashtra Governor Bhagat Singh Koshyari.