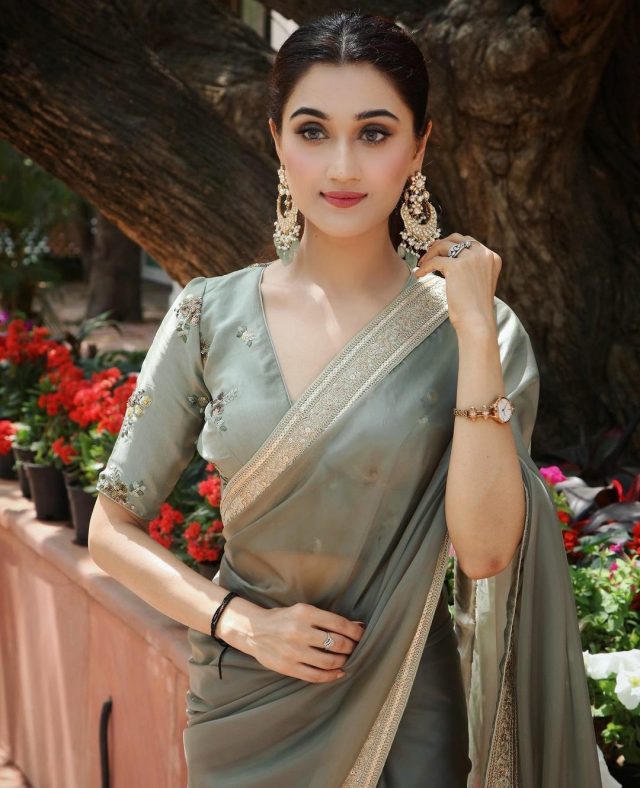 By Our Staff Reporter
Dehradun, 18 May: Says Arushi Nishank, “Talent is appreciated through a power that lights up the inner soul and radiates its vibrancy to the world around.”
As she has always been in to exploring fresh horizons, she is now upscaling her skills in Bollywood. Her debut in the latest music video, Wafa Na Raas Aayee, under the Tseries banner, is collecting an overwhelming response. The song was trending within a few hours of release, collectively crossed 100M views. Arushi Nishank is getting tons of appreciation from her fans, and a new trend of hairstyles and styling has begun after this song.
On making the video, Arushi says- “It was really challenging as it was my first project and I hardly know the technical language. But the co-actors and director were so cooperative that it became easy. The shoot was in Kashmir in the month of January with not so friendly weather, but all together the journey of Wafa Na Raas Aayee was delightful.”
Hailing from Uttarakhand, Arushi has managed to leave a substantial impact on the youth in general and women in particular. She has been felicitated with multiple award and recognitions by the Governments of India and Uttarakhand. She is also an active promoter of social reform programmes. She has established her identity in diverse fields. Apart from being a dedicated Kathak dancer of global repute, Arushi Nishank has left her footprint in the fields of entrepreneurship, poetry and literature, as well as film production.
Cleaning up river Ganga is a movement of which Arushi has been a pillar. She has contributed to the field of environment by actively joining the Sparsh Ganga Campaign in 2008. Arushi became a leading advocate of environmental concerns and sustainable development.
Arushi chaired the International Women Empowerment Summit, which is supported by the United Nations. She is actively working for the cause of a better girls’ birth ratio and women participation in different sectors, as also on women’s safety, and economic independence through education.
“Dharti Swarg Banaungi” and “Kalam Mashal Ban Jaye” are two books of her poetry that have been so far published in India.
Arushi is an internationally acclaimed Indian classical Kathak Exponent. She has performed in more than 15 countries over a time span of 16 years. She established her own production house named Himshrri Films. In 2018, she produced a regional movie “Major Nirala” under the banner.