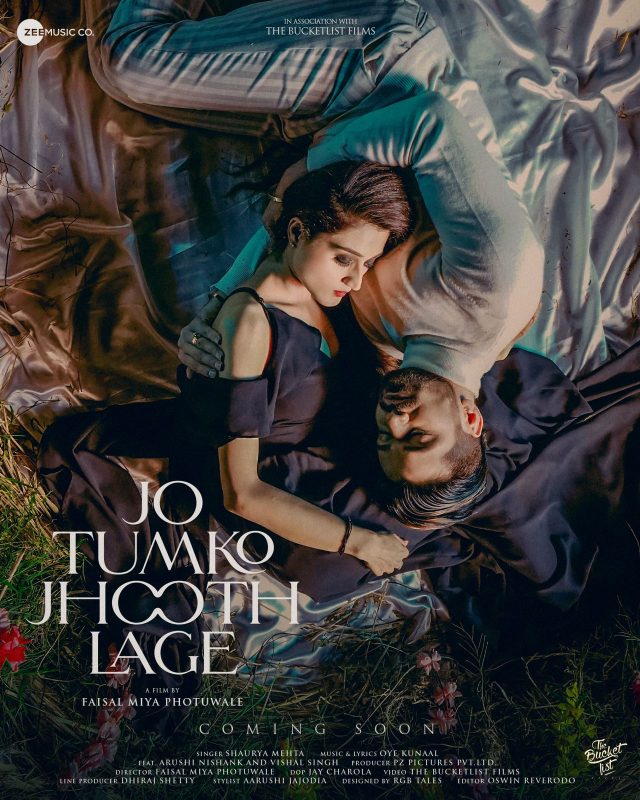 DEHRADUN, 18 Dec: Arushi Nishank, an actor, film producer, environmentalist and Cofounder of Sparsh Ganga is now coming up with a new Zee Music video with Actor Vishal Singh, “Tumko Jhooth Lage”. The poster of the video was launched today. Arushi’s previous video song for T-Series “Wafaa Na Raas Ayi” has crossed record 250+ millions views. Vishal Singh who is a renowned actor, also famous for acting in serials like “Saath Nibhana Sathiya” has given amazing performance in this video. The Music video directed by Faizal Mia Photuwale, shows the pain of two lovers who were once separated. The Chemistry between the two will definitely amaze the audience. This is the second music video of Arushi this year. Next year she is slated to make her debut in a T-Series film TARINI which was announced this year on 8th of March. Also being a producer few of her projects including web series and films are in the pipeline to be released next year. She has been praised and loved by her fans globally and now its time for her new avatar in her song video.

Garhwal Post has established itself as a credible, balanced and forward looking newspaper in India. Based in Uttarakhand, the daily is read by the aware, socially and culturally responsible, high-income elite of society.
Contact us: info@garhwalpost.in
best dating app for single mom