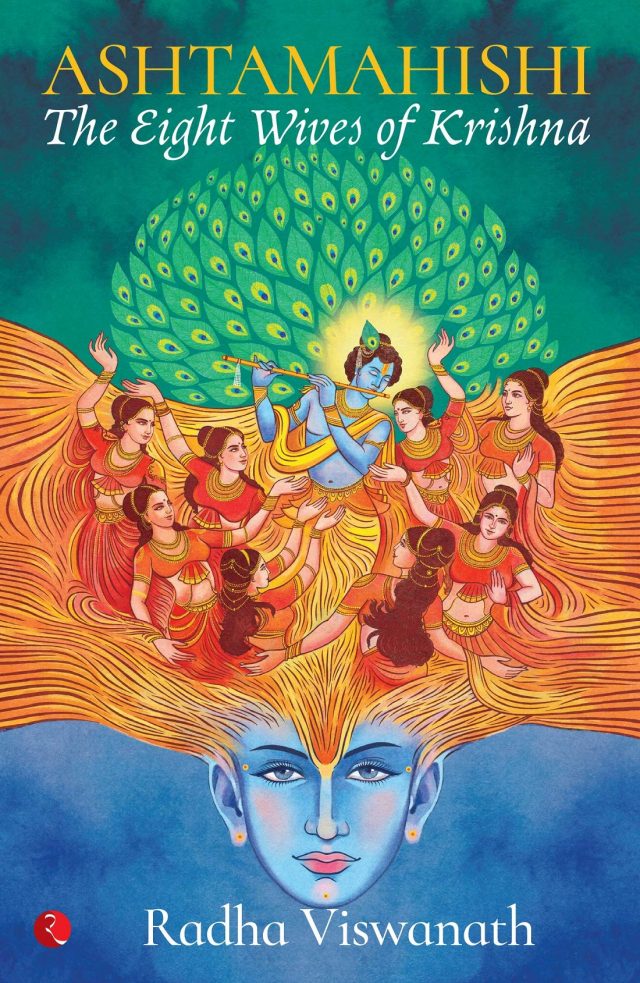 (By Radha Viswanath. Nominated in the category of English Fiction for the REC-VoW Book Awards, 2019)

Excerpts from an interview with Radha Viswanath 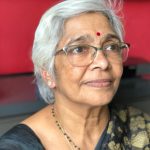 Ashtamahishi or the eight wives have often not been documented well or have been overlooked in the Hindu texts. Can you tell us about your research, and what texts you read before writing this book?

A: Yes, it is true that nothing much is known about the eight remarkable women that Krishna, the only “Sampoorna Avatar” of Mahavishnu, married individually. Nor is there much information regarding the reasons for, and the circumstances in which these marriages happened. In fact, even the names of these women – collectively referred to as Krishna’s “ashta-mahishis” meaning eight queens – remain largely unknown. Rukmini and Satyabhama are the only two familiar names. Jambavati is another name which rings a bell in people conversant with Indian mythology. Three or four texts proved helpful in finding the names of the Ashtamahishis – One is a text in Telugu, popularly known as “Potana Bhagavatamu”. This 15th century composition is said to be a translation of Sage Vyasa’s “Bhagavata Purana”. Another is “The Krishnavatara” by Kanaiyalal Maneklal Munshi (KM Munshi) and “Krishna Charitra” by Ajjarapu Venkata Rao, which draws heavily from KM Munshi’s Krishnavatara. The Mahabharata is another text that needed close reading as this epic unfolds during the period when Krishna entered matrimony. These books also do not throw much light on the character of any of the Ashtamahishis. Their names – Rukmini, Jambavati, Satyabhama, Kalindi, Mitravinda, Bhadra, Lakshana and Naagnajiti; their parentage and a bit of background by way of the kingdoms from which they hailed, was available here. There was also a brief account of the manner in which these marriages happened and the battles that Krishna fought in the process. Beyond this, there is little else. To that extent, my book is a work of complete fiction about these important characters from Indian mythology.

Who are some of your all time favourite mythology authors? Which ancient Indian text would you say is the most undocumented text in mythological fiction today?

Devdutt Patnaik leads a long list. I will not go into further details. As for the second part of your question, I do not claim sweeping knowledge of all our mythological texts. Yet, to the extent that I have read, I feel that a lot of the Puranic lore that we have has mutated in the process of repeated retellings. There seems to be a western prism through which our mythological texts are viewed and interpreted. While the Indian mythology is intricately meshed and layered, is not judgmental of any character, a tendency to view the lore as a tussle between good and evil, wherein finally “good” triumphs over “evil”. In this kind of structuring, it is inevitable that nuances get lost and characters come through as half-baked. Talking in the most general of terms, villainous characters and women characters have suffered most in the process. Given the fact that just the 18 major Puranas include no less than four million verses, this is a virtual treasure trove of stories that needs to be explored. I am not even half-way through. All I can say is that the so-called villains – the Rakshasas – are interesting characters, and in a way, have much in common with us (humans of today).

Radha Viswanath was born in Andhra Pradesh and spent most of her life in Delhi. Trained as a teacher, Radha entered journalism late in life. After a distinguished career as a political correspondent spanning three decades, she retired from active journalism. She has the honour of being the first woman journalist to be admitted in the long and distinguished category of Parliamentary journalists, in 2006. An avid reader with a keen interest in Hindu mythology, she aims to bring the complexities of the Indian political discourse into intricate and rich mythological narratives. For the complete interview, log onto www.valley ofwords.org