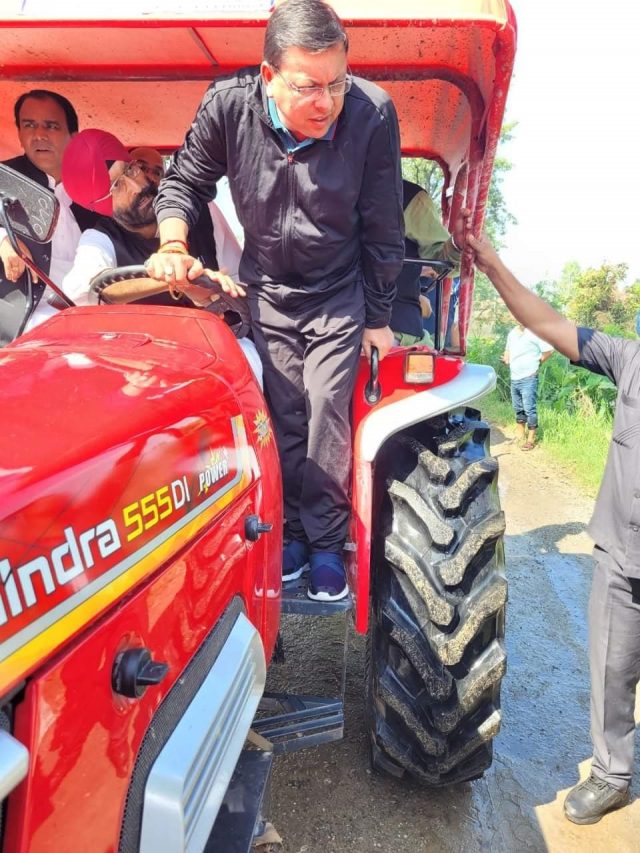 DEHRADUN, 20 Oct: At least 54 persons are reported to have died, in the disaster caused by two days of excessive rains in Uttarakhand so far. In addition many people are still reported missing. Among those missing are 11 members of trekking team that had left Harsil, in district Uttarkashi, on a trek to Chitkul. The team comprised of seven tourists from Kolkata and one from Delhi. The team had left Harsil for Chitkul, on 11 October and was supposed to reach there on October 19. However, when it did not reach Chitkul on Tuesday, worried trek organisers informed the Uttarkashi District Disaster Management Office. An SDRF team had reportedly started their search and rescue operation posthaste and had left for the site by a chopper. In a statement, Chief Minister Pushkar Singh Dhami admitted that extensive loss of lives and property had been reported from several parts of the state. Dhami is constantly on his toes and is supervising the relief work. He was on a tour to disaster hit areas of Kumaon yesterday and this morning to take stock of the situation. He told reporters there was “massive damage” across the state, and it would take time to return to normalcy. Dhami also sanctioned Rs 10 crore each to district magistrates for relief efforts. Union Home Minister, Amit Shah is reaching Dehradun this evening and after a night halt at either the Raj Bhawan or Bijapur Guest House, he would tomorrow morning take an aerial survey of the disaster hit areas of the state. He would also hold a review meeting in this respect, and take stock of the entire situation, the government sources informed today. Air Force and NDRF teams are engaged in rescue operations. Three porters are reported missing on the IndoChina border with Uttarkashi in Uttarakhand. At the same time, a painful accident has happened in Pithoragarh. Five people have died in the accident and two people have been seriously injured. On Wednesday, four bodies were recovered from the debris caused by the landslides in Nainital and Champawat. After which the death toll in the disaster on Monday and Tuesday in the state has gone up to 54. The relief work was still going on when the reports last came in. It may be recalled that a compensation of Rs 4 lakh to the kin of those who had lost their lives in the recent disaster was announced late last evening by CM Pushkar Singh Dhami in Rudrapur. He had also said that in cases of building damages and animal damage also, relief amount as per norms would be given soon. On Wednesday, the weather remained clear in most areas including the capital Dehradun. Due to this people have breathed a sigh of relief. At the same time, the weather remains bad in Haldwani. On Wednesday, the water level of the Ganga in Rishikesh and Haridwar reduced considerably. At the same time, the water level of Gaula river in Haldwani in Kathgodam and in Gaula barrage has also come down. According to Bikram Singh, director of the State Weather Centre, the effect of western disturbances and southeast winds has diminished now. The major effect lasted for around 48 hours in the plains and the hill areas of Uttarakhand. The Chardham Yatra, which was halted amid heavy rains, has resumed again except in Badrinath. The Yatra picked up pace once again as the weather returned to normal. Kedarnath Dham Yatra has also started from Wednesday. However, due to the closure of Badrinath Highway, the Badrinath Yatra could not start so far. According to the reports reaching here, the main market of Nainital remained waterlogged even today, after heavy rains lashed the state during past two days. However, the water level of Nainital lake has now reduced considerably. At the same time, tourists remained stranded in Nainital due to heavy rains and landslides. There were some complaints of taxi drivers charging more from them than the normal fares after the disaster. This afternoon, the road from Kainchi Dham to Bhowali in Nainital district was opened for small vehicles. So far, about 500 tourists and passengers in a total of 150 vehicles have been evacuated from here. Four people of one family of Sulla village, bordering Nepal, in Lohaghat block of Champawat, were buried under the debris due to the heavy rain at around 9 pm on Tuesday. The bodies of the four were recovered by the rescue team on Wednesday evening. The deceased have been identified as Kailash Singh (32) son of Kunwar Singh, Chanchla Devi (28) wife of Kailash Singh, Rohit Singh (12) and Bhuvan Singh (8) son of Kailash Singh. CM Pushkar Singh Dhami, who reached Champawat, inquired about the damage caused by the disaster and relief work there. Along with this, the officials were instructed to take appropriate action. Two people have gone missing after a landslide incident in Dungri village of Karnprayag tehsil of Chamoli district on Tuesday night. Rescue operations are on by the local administration and disaster management agencies. The dead bodies of Richa (age 21) and Abhishek (age 18), buried in the house near Kainchi Dham in Nainital district, have been taken out by the police, while in Bohra Kot Ramgarh, the bodies of two persons Sambhu Dutt Dalakoti (age 70 years) and Basant Dalakoti (59 years old) have been taken out from the rubble by the police and NDRF team.