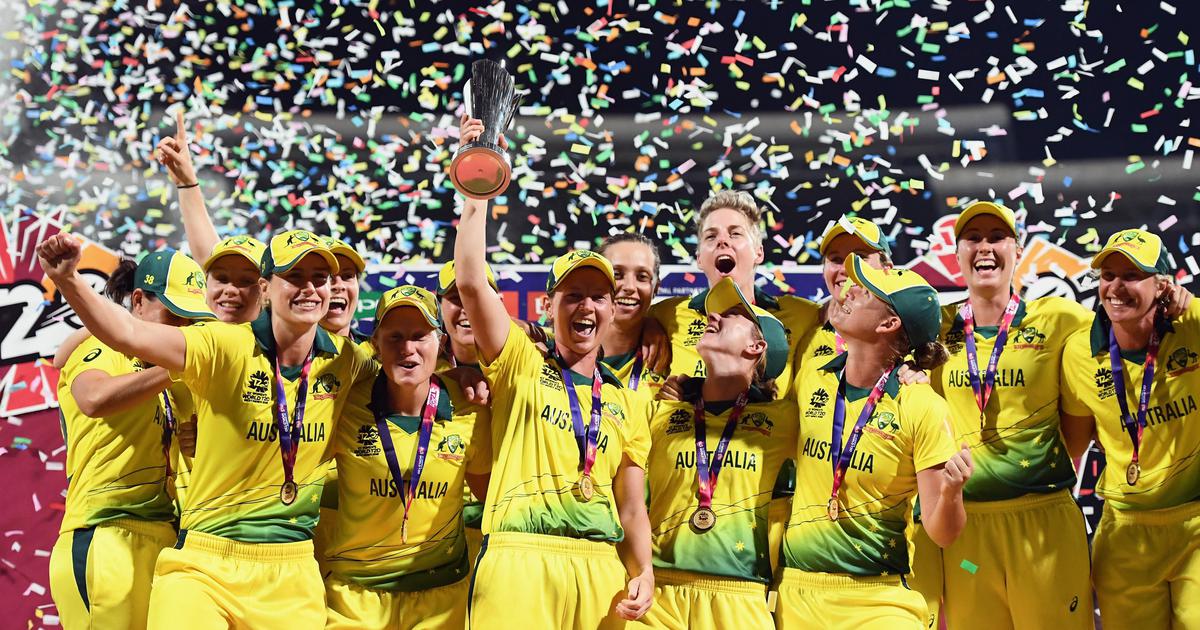 ntigua), 25 Nov (IANS): Australia bagged their fourth women’s World Twenty20 crown after a thumping eight wicket victory over England at the Sir Vivian Richards Stadium here on Sunday.
They had earlier clinched the prestigious title in the years 2010, 2012 and 2014.
The Australians rode an all-round show by Ashleigh Gardner, who dominated England in all departments of the game.
The bowlers of the winning side came all guns blazing on a slow wicket as England’s decision to bat first turned disastrous.
The English never looked in control as nine of its players did not even touch the double-digit mark.
It was opener Danielle Wyatt and skipper Heather Knight who showed some resistance with scores of 43 and 25 as England somehow managed to cross the 100-run mark before being bowled out for a paltry 105 in 19.4 overs.
Off-spinner Gardner was the wreaker-in-chief with figures of 3/22 from her four overs while Georgia Wareham and Megan Schutt also chipped in with a couple of wickets each.
Australia then comfortably chased down the target in 15.1 overs, losing just two wickets.
After shining with the leather, Gardner was also handy with the bat after remaining unbeaten on 33 runs of 26 deliveries.
Meanwhile, skipper Meg Lanning also remained unbeaten on 28 runs as her side crossed the line with ease.
Brief scores: England 105 all out (Danielle Wyatt 42, Heather Knight 25; Ashleigh Gardner 3/22) lose to Australia 106/2 (Ashleigh Gardner 33 not out, Meg Lanning 28 not out; Sophie Ecclestone 1/12).