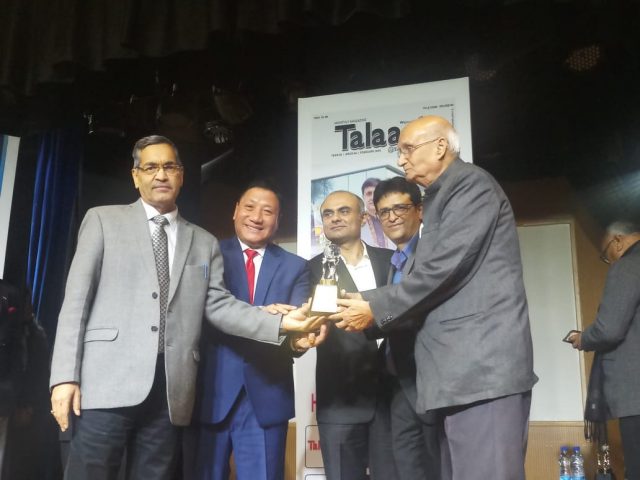 By OUR STAFF REPORTER
DEHRADUN, 5 Mar: Padma Shri awardee Avdhash Kaushal was bestowed on Saturday the Environment & Health Warrior Award for Individual Achievements – as an Academic and Activist. He received the award at the Dr Ambedkar International Centre, Janpath, New Delhi, from the magazine, Talaash.
According to a press release, Avdhash Kaushal and RLEK fought for justice against the indiscriminate mining in the Mussoorie area, famously known as the Limestone Mining Case. Kaushal’s initiatives led to the promulgation of the Environment Protection Act, 1986. The Sahastradhara area, which was deforested due to these mines, was regreened by Kaushal with the help of citizens, volunteers and school students. Avdhash Kaushal was also awarded the Padma Shri in 1986 for his efforts to save the environment and his work for the tribal and marginalised communities of Uttarakhand.
Kaushal served as Professor at LBSNAA, Mussoorie, and is currently running an NGO, Rural Litigation and Entitlement Kendra (RLEK). Here students from India and abroad come and learn about the Environment Protection Act, amongst other things.