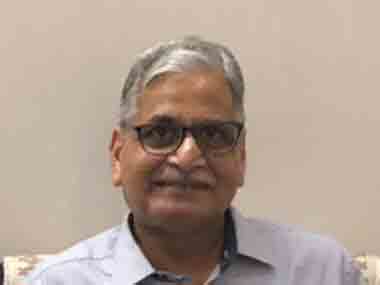 By Our Staff Reporter
Dehradun, 20 Mar: Chairman of State Health Authority DK Kotia today said that Ayushman Bharat and Atal Ayushman cards would also be made at Nyaya Panchayat level, by holding camps for eligible beneficiaries. He was addressing 600 Gram Pradhans of the state through a video conference. He further stated that camps would soon be organised at Nyaya Panchayat level to make free Ayushman cards of Ayushman Bharat and Atal Ayushman Uttarakhand Yojana in the state. He said that this task would be done by the State Health Authority.
Kotia said that the aim behind holding such camps was to make the campaign of covering all eligible persons of the state under this health scheme. Kotia said that the Pradhans had a special role in getting the Ayushman cards made at the Nyaya Panchayat level. The objective was to leave no one behind. Kotia claimed that the campaign of making cards was a pious work done, aimed at health care of the common people and emphasised that the gram pradhans would be doing a work of public welfare by getting the cards made.
It may be recalled that a nominal fee of Rs 30 was being charged for the issue of Ayushman card. However, a decision  had been taken by the Government of India and the Government of Uttarakhand to make the card free. Kotia informed that the State Health Authority would organise camps at the Nyaya Panchayat level through Jan Sewa Kendras and for this a special strategy was being worked out. So far 43 lakh cards had been made by paying Rs 30 fee and about 35 lakh cards were yet to be made.
Kotia informed that this camp would be organised in 662 Nyaya Panchayats of the state during two phases  on 23-27 March 2021 and 30 March-5 April 2021. Staff and officers of Panchayati Raj and Women and Child Development Department would be providing supporting role in getting the cards made. During the video conference, it was informed that during the preparation of Ayushman card, the first three Gram Panchayats doing the best work under each development block of Uttarakhand would be specially rewarded, and the Gram Panchayats doing the best work under the entire district would also be rewarded. The awards would be presented by the Chief Minister.
On this occasion, Director of Panchayati Raj Department and Panchayati Raj Secretary, Harish Chandra Semwal, described the campaign of making free cards as a golden opportunity and said that the campaign being run by the government to make cards at the public’s home was an important initiative.
Dr Archana Srivastava, Director, State Health Authority, State IEC Officer, JC Pandey, State Officer for Women and Child Development, Mohit Chaudhary, Officer of the Panchayati Raj Directorate, Sandeep Sharma and Project Manager, State Project Manager of Jan Sewa Kendras were among those present.