Colleen and I got to know Bachi when we became travel writers. We delight in her writings, respect her research. As a young Naval Lieutenant, I was on the staff of two successive Admirals when they were Flag Officers Commanding, Indian Fleet, flying their flags, first, on INS Delhi and then on INS Mysore.
Delhi, that wonderful creaking Old Lady, was a very happy ship. Mysore, for all its spanking new, protracted refitting in the UK, was an unhappy one. Naval ships, in some strange way, have a personality. Mysore had a peevish, unpredictable one: rather like a high-society woman who had never adjusted to being uprooted from her brittle, Mayfair, milieu. One reason could have been that our ship’s company had expected to go on leave after their long-awaited return to India but had been deprived of that because we were, almost immediately, sent on a long cruise to Singapore, North Vietnam, Hong Kong, China, three ports in Japan, Singapore again, and only then back home. In between, we had been battered by furious Typhoon Winnie. Many of our sailors were surly and unhappy.
The task of handling them fell on the shoulders of the second-in-command, the Executive Officer, Commander Cawas Nanavati. He was a smart, no-nonsense officer who was respected.
By 1959, since I had completed my sea-time as a Lieutenant, I was serving ashore in Bombay’s INS Angre and living in a naval mess. It was there, over breakfast one morning, that we learnt that Commander Nanavati had withdrawn a pistol from Mysore’s armoury and shot Prem Ahuja, reputedly a high-society car dealer. We were shocked. No one at the breakfast table, that morning, believed that Nanavati could ever commit such an impetuous act. We knew him as a cool, self-controlled, person. But if he had plotted to murder Ahuja, why had he withdrawn a gun from the armoury? It has never been difficult to get an unregistered, so-called, ‘country made’ pistol in any of our metros. Most of our mess-mates believed that Nanavati had withdrawn the gun merely to threaten Ahuja to stop predating on lonely married women. At that stage, according to wardroom rumours…officers’ messes are often referred to as wardrooms in the Navy … Ahuja had made a vicious, sexually degrading, remark. Suddenly provoked, Nanavati had shot Ahuja.
Sudden and grave provocation is an adequate defence against murder.
But, from that moment on, the case spun completely out of control. A police officer, with more enthusiasm than a knowledge of law, apparently advised Nanavati to say that Ahuja had lunged at him, and that the gun had gone off accidentally. This theory was soon demolished. Then the case turned into hostility between two powerful trading communities: the Parsis and the Sindhis. It soon soured into allegations of frustrated videshi wives seducing innocent desi bachelors into a reversal of today’s Me Too movement. A street singer got into the act, singing “Hang down your head Nanavati” to the tune of the then popular “Tom Dooley”. Hecklers decided to add their bit. Very often, when Naval Officers were spotted in uniform on the streets of Bombay, catcalls of “Arre Nanavaaaati!” were hooted. It was a trying time for anyone in a white uniform with gold stripes!
We have not been able to read Bachi’s book because it’s not available in Mussoorie. We have, however, read all the reviews of it on Google. We’re happy for Bachi that most of them have praised “In Hot Blood”
We also believe that Bachi has tried to apportion blame in an even-handed way among all the players in this triangle as old as Adam, Eve and the Serpent. But the chances are that, even today, even fifty-nine years later, if you ask a service officer who is familiar with the case, for his views, he will say “That (expletive) seducer got his just (expletive) desserts.” 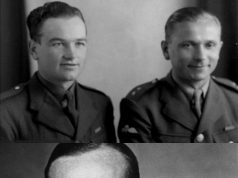 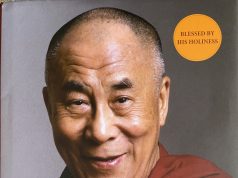 Up Close To H.H The Dalailama